Amazon Rival Rakuten Targets Crypto Adoption with Wallet Registrations - The Crypto Area | The Future of Money
About us FAQ Submit PR Submit Article Set up a wallet Market Update What Is Crypto ? 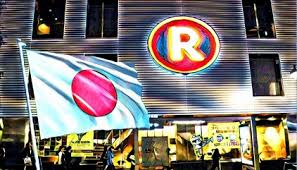 Japanese e-commerce giant Rakuten has thrown open the account registration process for its cryptocurrency trading service, Rakuten Wallet. The company plans to launchthe exchange in June, and prospective users who wish to use the platform will now be able to sign-up for the same.
Popularly known as the Amazon of Japan and famous for providing cash backs, Rakuten revealed its plans for the crypto exchange service last month.

“Customers who have a bank account of Rakuten Group’s “Rakuten Bank” can start opening an account by entering necessary information on the web application format.”

The sign-up page states that deposits and withdrawals into the Rakuten Wallet are possible only through the specified bank. This means that those who don’t hold the said bank account might not be able to access the wallet.
The company has set up an artificial intelligence-enabled automated chat service that will respond to customer queries around the clock.
The e-commerce player also plans to launch a smartphone app to allow customers to make deposits and withdrawals into their trading account. The app will also enable customers to trade cryptoassets on the go.

The launch of Rakuten Wallet is the latest in a series of steps that the Japanese internet giant has undertaken to integrate cryptocurrencies into its operations. Last year, Rakuten purchased crypto exchange Everybody’s Bitcoin in a $2.4 million deal, stating that it is planning to enter the cryptocurrency exchange market. Starting the registration process for Rakuten Wallet is the next logical step for the company before the exchange goes live in a couple of months. The company previously stated:

“Rakuten Wallet will contribute to the sound growth of the market as a virtual currency exchange company and will further enhance security and provide enhanced services so that more customers can use it safely and with confidence.”

Rakuten’s rollout of its own cryptocurrency exchange will boost crypto adoption. Apart from trading cryptoassets, consumers making purchases on the e-commerce site might be able to make payments using Rakuten Wallet as well. Rakuten is known for providing cash back to customers. There’s a possibility they might provide incentives to customers who make payments using Rakuten Wallet.