This Bitcoin Price Pattern Suggests $5,800 Potential Ahead - The Crypto Area | The Future of Money
About us FAQ Submit PR Submit Article Set up a wallet Market Update What Is Crypto ? 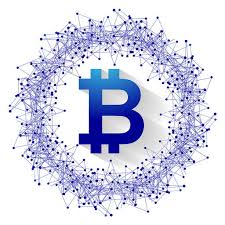 Bitcoin has managed to fend off any further attacks from the bears during April 9’s tug-of-war trading session.
The cryptocurrency is now trading in a $100 range between $5,187 and $5,287 placing its price firmly above the prior April 4 low and cementing a higher low on the daily chart.
The hourly chart is also looking more favorable on the new daily trading period (April 10), with bullish momentum having maintained a hold above $5,200 support over the last 24-hours despite multiple dips in its price.
Bitcoin now looks set to continue its climb within the previously discussed ascending triangle – typically bullish indicators – with a measured target set at $5,885 should BTC break above the upper trendline at $5,320–$5,350.

So how do we arrive at the $5,885 target? We can roughly calculate the potential move by measuring the height between A and B (the upper resistance line and the lowest drawdown in price within the pattern). That figure is then added to the upper resistance line above point C at the point of breakout, producing a new figure as a price target.
As can be seen, an exaggerated bullish divergence has also taken shape on the RSI, recorded from April 8–April 9, meaning a continuation in price is being supported additionally by the indicator on the hourly chart.

The daily chart shows the bulls maintained a higher low above April 4’s red candle. That kept intact the bullish market structure above the key 100-period and 200-period moving averages yesterday, which are slowly beginning to converge for a bull cross.
Should those two lines cross bullish, then greater buying pressure would become the norm with a new bull run on the cards.
The RSI shows a divergence from price, printing lower lows while price continues to print higher lows, signaling greater bullish conditions ahead for the world’s top crypto by market value.
Disclosure: The author holds no cryptocurrency at the time of writing.
Bitcoin image via Shutterstock; charts via TradingView