The highly anticipated crypto power lunch between Warren Buffett and Justin Sun is growing and will now include two new members who promise to enrich the conversation between the two businessmen.
eToro CEO Yoni Assia is one of them, having already pushed for an invitation initially.

Would love to join as well ! I believe there is huge potential for social impact that can be done via #Crypto and would love to have @WarrenBuffett engaged with us ! https://twitter.com/justinsuntron/status/1151959851423002624 …

Justin Sun
✔@justinsuntron
I'd like to invite my good friend @jerallaire, Co-founder & CEO of Circle, to join my lunch with @WarrenBuffett. 7 days to go and more friends to be announced!

85 people are talking about this
The strategy worked well because he received an invitation, which he quickly accepted.

Justin, it is my honor to join you for lunch with @WarrenBuffett , A big step for bridging between the traditional finance world and the new one !
There is a huge opportunity to use #BlockChainForGood and happy to share our research on @TheGoodDollar with #TheOracleFromOmaha https://twitter.com/justinsuntron/status/1152979564655595520 …

Justin Sun
✔@justinsuntron
I'd like to invite my good friend @yoniassia, Founder & CEO of @eToro, to join my lunch with @WarrenBuffett. 4 days to go and more friends to be announced!

213 people are talking about this
With his vast experience in the finance business, Assia brings a lot to the table.  His vision of a social-trading platform has brought millions of users closer to financial and crypto markets. eToro has raised over $800 million in investments.
The other guest is Helen Hai. Head of Binance Charity Foundation, who promptly responded as well.

It is my great honor to join @justinsuntron and @WarrenBuffett next week to discuss crypto & philanthropy. https://twitter.com/justinsuntron/status/1152756121129512960 …

Justin Sun
✔@justinsuntron
I'd like to invite my good friend @helenhaiyu, Head of @BinanceBCF , to join my lunch with @WarrenBuffett. 5 days to go and more friends to be announced! @binance

252 people are talking about this
So far, Justin Sun has invited Litecoin Creator Charlie Lee, Huobi’s Livio Weng, Circle’s Jeremy Allaire, eToro’s Yoni Assia, Helen Hai —Head of Binance’s charity branch— and Binance’s CZ. (Sun also invited Donald Trump, but it’s hard to know if he was serious about this one)
Only CZ has declined, explaining that New York was “too far” but recommended asking Anthony Pompliano, whom Justin Sun has not yet taken into account

I would totally recommend inviting @APompliano.

✔@APompliano
My hand picked team to bring with me to convince Buffett of Bitcoin’s future potential would be:@aantonop@real_vijay@CaitlinLong_ @MustStopMurad@cz_binance@HesterPeirce
Abigail Johnson

Who would you bring?

461 people are talking about this

While there are many commending Sun for his companions for the exclusive sit-down, others have been openly critical of the picks.
Some of the criticism centers around the presence of just ‘crypto evangelists’, without the inclusion of institutional investors at teh table.

@WarrenBuffett after the crypto lunch: Hey Gabor— It’s Warren speaking. How quickly could you build one of those 100x inverse leveraged crypto ETFs? 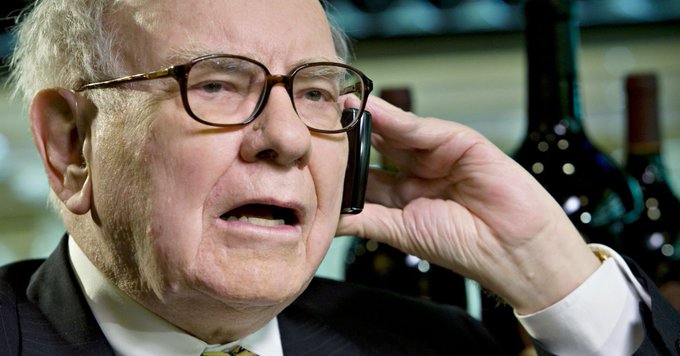 Gabor Gurbacs@gaborgurbacs
It’s a shame to not have anyone from Bitcoin and the institutional/traditional finance side at that meeting! It’d make a better conversation and Warren could learn from people who speak the language and science of both worlds.

16 people are talking about this
Assia may help with that, given eToro’s nature of being a social trading platform which includes not only crypto but traditional assets as well.

Tone Vays, Andreas Antonopoulos, Anthony Pompliano, and Vitalik Buterin are among the names suggested by the community. There is still the possibility that Sun will invite more people, so the community remains expectant.

A Simple Meal With a Lot of Potential

It’s hard to know what Sun and Buffett will talk about during the meal, but much of the discussion may revolve around the business opportunities associated with the speculation of digital assets and the security of the crypto markets.
However, the presence of Lee and Hai expand the possibilities to discuss other interesting topics such as technological reliability, potential developments, opportunities for expansion of philanthropic initiatives thanks to cryptocurrencies, etc.
Buffett is a crypto skeptic. For several years he has advised his followers to “stay away from Bitcoin“, calling it “rat poison.”

Maybe it all ends with a nice steak, or perhaps this is the beginning of a revolution… We’ll find out next week.