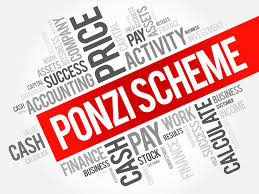 Times of India reports that the authorities are arguing that KBC Coin is a Ponzi scheme, due to how it was marketed. Investors who bought in were promised high returns, of over 1000 percent. Since it was launched, KBC hasn't changed in value.
A CID member suggestst that the promotion of the project by Baljeetsingh Lashkariya had all the hallmarks of a pyramid scheme: "the first investor in the chain would get an incentive from the last circle of investors. This offer played a major role in bringing more investors to the company." Lashkariya has since gone into hiding, while other members of the company are now in custody.
This is the sixth crypto scam to take place in the region of Surat in the last two years. These included BS coin, Torus coin, Regal coin, and Dekado coin. Demonetization in 2016 led to many local businesses dealing in cash, and needing a way to clean or store their earnings. According to a CID official, "It works like a private stock exchange – colloquially known as Dabba Trading...cryptocurrency promoters lured investors with very high returns. Like any classic Ponzi scam, some of the investors got money and it lured many more to invest".