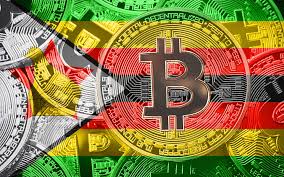 The bitcoin price has declined by more than 8 percent in the past week from $10.950 to $10,030 across major exchanges like Bitstamp and Coinbase.
The bitcoin price tried to test the $10,900 to $11,000 range that has acted as a strong resistance but the increasing sell pressure led to another pullback in the short term.

WHAT DO TRADERS EXPECT WITH BITCOIN PRICE

According to DonAlt, a cryptocurrency trader and technical analyst, the long-lasting support of bitcoin is weakening following six tests of the same range since July.

"Closed above mini resistance and immediately dumped off. That's what I mean  I say choppy conditions. That said, it never left the lower trading range and as long as it's in there, short term bias has to be bearish. Support wearing thin here, in my opinion," DonAlt said, emphasizing the $9,400 to $9,700 as a range bottom.

In late August, the analyst stated that the failure to reclaim $10,350 as a short term resistance level could lead to a breakdown. BTC has struggled to pass beyond key resistance levels since then, indicating weakening momentum.
He previously said:

"Consolidating the lower part of the trading range after a false breakout caused by Bakkt FOMO. That's bearish to me. The more time BTC spends down here the more bearish it gets. Bulls need to reclaim 10350 quick otherwise I'll expect a breakdown."

In late September, Bakkt, the bitcoin futures market operated by ICE, the New York Stock Exchange (NYSE) is expected to open the first physically-traded bitcoin futures market.
Physically-traded contracts, which enable traders to actually own bitcoin, is anticipated to have a real effect on the price of BTC.
While investors have expressed optimism towards Bakkt throughout 2019, the possible effect of Bakkt on the short term price movement of BTC remains an uncertainty.
It is possible that Bakkt contributes to the short term trend reversal of BTC but depending on the demand from the market, it also may well intensify the downside movement of the asset if sell pressure mounts.
In the near term, traders are slightly biased to the downside due to the declining volume of the BTC market and the likely retest of the same support the dominant cryptocurrency has been testing since mid-July.