Anthony ‘Pomp’ Pompliano is doing the rounds. On Wednesday, the Morgan Creek co-founder tussled with stock market skeptic and renowned gold bug Peter Schiff.
Come the end of the week and he’s once again singing Bitcoin’s tune. This time proclaiming that the flagship cryptocurrency is likely to hit $100,000 in a mere 30 months. 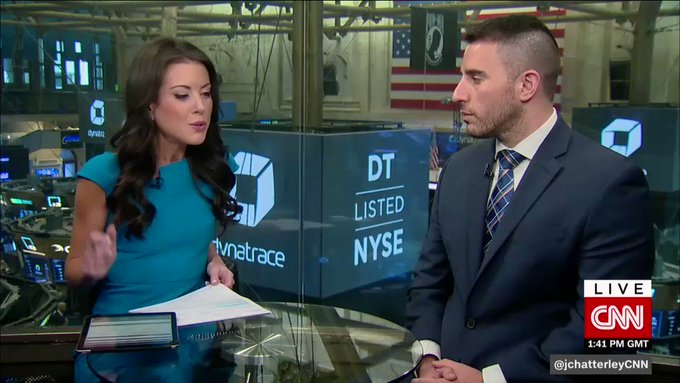 50 people are talking about this
And that’s just a conservative estimate. Pompliano believes the effects of an easing Fedand its money-printing antics will coincide with the Bitcoin halving in May of 2020.
The result? A whirlwind of fundamentals that has no other choice but to catapult Bitcoin to $100,000 and beyond.

Next year the total number of Bitcoins mined per block will scale down to 6.25 from 12.5. Historically speaking the halving has actually correlated with the beginning of a major bull run and not the end of it. Here’s a chart extrapolating what might happen:

The above projection is obviously not bullet-proof but it does suggest that price fanatics may want to chill out for a while before going all-in. While CNN anchors gasp at the possibility of such a move it pays to remember that Bitcoin is a hyperbolic asset.
Just like its mysterious creator, the king of crypto makes its most prominent moves when  only the vigilant are looking. As Pomp points out, that means that moving from one order of magnitude (for example 100) to another (1000) will be seamless:

EVEN THE QUANTS AGREE

The race to $100,000 is so alluring that even the mathematical geniuses are climbing on board. One quantitative analyst, PlanB, built a stock-to-flow model using Bitcoin data from 2009 to 2012. The model accordingly predicted price targets between 2013 and 2019 with a 99,5% accuracy: 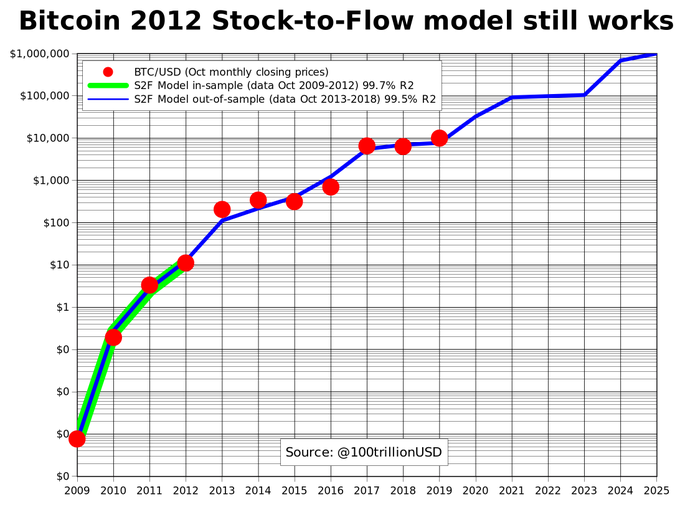 395 people are talking about this
Now nothing is a sure thing, but if the model continues to hold, Bitcoin is estimated to hit $100,000 by 2021. And if you have the patience to HODL until 2025 then apparently you’ll be rewarded with a mind-boggling $1 million a coin.
While not specifically referring to PlanB’s model above, Pompliano does point out that Bitcoin’s stock-to-flow is similar to gold but with some additional benefits:

“[Bitcoin] It’s very similar to the stock-to-flow ratio of gold. Right, so there’s existing supply and you go ahead and just continue to add it. The difference is with Bitcoin we know exactly how many are getting created. 1 800 Bitcoin are going to be created today. The second thing is we know the total supply available. There’s 21 million so it’s not hey I wonder how much is in the ground…”

Bitcoin has already started the first half of the year with incredible momentum but can it maintain that pace? Even some skeptics believe that Bitcoin will hit lofty new highs before the year is up.
By any measure, a 10x return in 2.5 years is not bad. Not bad at all.
Tags
bitcoin crypto news
Related Article