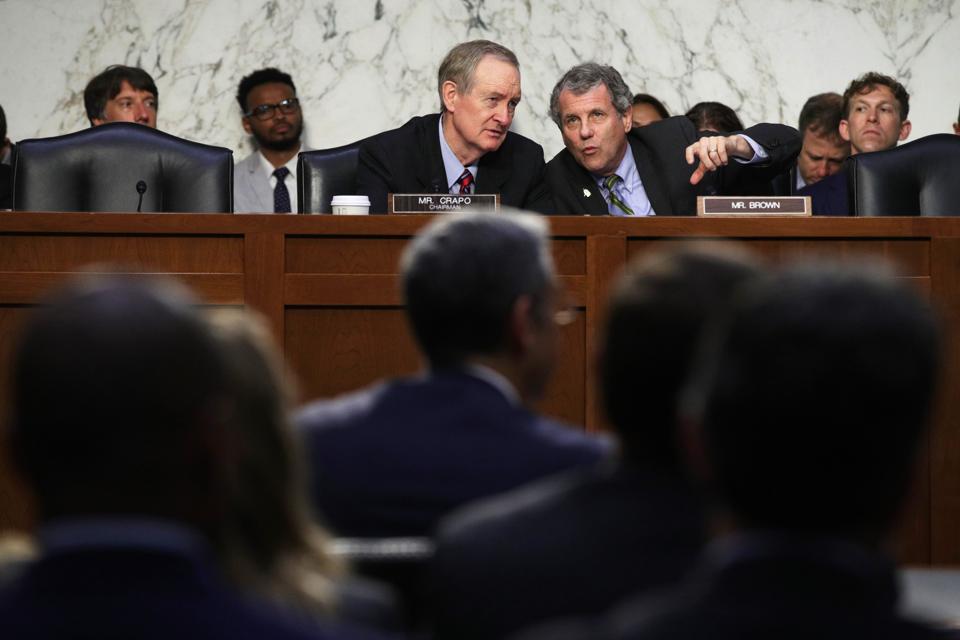 Those who have been longtime critics of Bitcoin usually have one key theory in common, which is that governments will eventually ban Bitcoin and cryptocurrency will then cease to exist in any meaningful form. For examples of this point of view, just look at economist Nouriel Roubini and JPMorgan Chase CEO Jamie Dimon.
That said, implementing such a ban is no easy task. After all, Bitcoin was built by cypherpunks as a form of digital money that would be unaffected by the desires of politicians and regulators around the world.
Lately, it appears that lawmakers in the United States are starting to realize the difficulties associated with a potential Bitcoin ban.
Bitcoin Ban Deemed Unlikely During Congressional Hearings
On Tuesday, the U.S. Senate Committee on Banking, Housing and Urban Affairs held a hearing on cryptocurrency and blockchain technology regulation. During that hearing, Senate Banking Committee Chairman Mike Crapo (R-ID) shared his belief that the United States would not be able to succeed in banning Bitcoin.
“If the United States were to decide — and I’m not saying that it should — if the United States were to decide we don’t want cryptocurrency to happen in the United States and tried to ban it, I’m pretty confident we couldn’t succeed in doing that because this is a global innovation,” said Crapo.
This statement came in the form of a question to Jeremy Allaire, who is the co-founder and CEO of global financial services company Circle. In his response, Allaire explained the new reality created by the creation of Bitcoin.
“I think the challenge that we all face with this is some of these cryptocurrencies — they’re literally just a piece of open-source software,” said Allaire. “There’s nothing else. It exists on the internet, it’s open-source software, anyone can implement it, it runs wherever the internet runs, and these have a monetary policy where these assets are algorithmically generated . . . That is a challenge that every government in the world now faces — that money, digital money, will move frictionlessly everywhere in the world at the speed of the internet.”
These remarks made during Tuesday’s hearing follow comments made by U.S. Congressman Patrick McHenry (R-NC) from earlier in the month when he stated “there’s no capacity to kill Bitcoin” during an interview with CNBC.
Back in May, Congressman Brad Sherman (D-CA) claimed that Congress should implement a ban on Bitcoin, but Sherman did not share specific details as to how such a ban could be effectively achieved.
The difficulties associated with implementing a ban on Bitcoin are behind one economist’s theory that the best way to kill the cryptocurrency would be for governments to become more competitive in terms of monetary policy and financial freedom.
Abra CEO Bill Barhydt has also pointed out that bringing forth a Bitcoin ban could be legally difficult for the U.S. Government. That said, there is growing support for bans on encryption-based technologies among various law enforcement agencies in the United States, in addition to the Trump White House.
On the other hand, more centralized cryptocurrency systems like Facebook’s Libra project, which is really a cryptocurrency in name only, would be much easier for governments to control.


It should be noted that extreme limitations on technology and financial freedom, such as the new cash-related bill making its way through the Parliament of Australia, may end up unintentionally educating more people as to why Bitcoin has value in the first place.
Source :- https://www.forbes.com/sites/ktorpey/2019/07/30/us-lawmakers-are-realizing-they-cant-ban-bitcoin/#21bb3fbc3e31