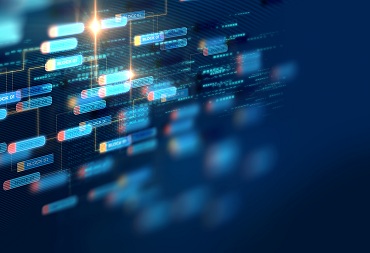 Fewer than a quarter of technology companies in South Korea involved in blockchain development have actually achieved any revenue related to their blockchain initiatives, far lower than the success rate for new investments in other technologies and solutions.
The grim statistic was reported in the 2018 Software Industry Survey conducted by the Software Policy & Research Institute, which is affiliated with the country’s National IT Industry Promotion Agency, a government-funded organization. The document is dated December 2018 but was released on Aug. 26.
“Only 22.2 percent of those in blockchain have reported sales, indicating that the high interest in the market has not yet led to sales results,” the report said.
The findings suggest that — by the end of 2018, at least — the much talked about boom in blockchain had yet to materialize. Despite significant interest on the part of the government, and a blockchain ‘yes”, crypto ‘no’ policy, little happened beyond the many announcements made and MoUs signed.
Of the 198 blockchain-focused investments examined in the report, only 44 had achieved any sales from their newly developed offerings.
Most of the companies — 141 of 198 — in the blockchain category in the survey were involved in IT services. But only 16 of those achieved any sales in 2018 – about 11.4 percent. All six in the internet software category recorded sales, while 22 of the 50 IT services companies booked business. The sole game company in the survey reported no business
The results for blockchain were the worst in the survey by far. In comparison, 60.2 percent of companies in cloud computing achieved sales from their new software and services in 2018.
For those involved in so-called big data, the ratio was 56.9 percent, while for those pursing developments in IoT, the success rate was 67.1 percent. For AI-related companies, the rate was 50.0 percent. For those engaged in virtual reality, augmented realty and other related fields, new software generated sales for 68.1 percent of them.
The report also indicates that blockchain was not a significant part of new technology development overall. Most of the action was in other areas. Of companies engaged in new software business, only 8.4 percent were involved in blockchain.
That compares with 43.5 percent involved cloud computing. 27.9 percent in big data and 25 percent in IoT. The total adds to more than 100 percent as multiple answers were allowed  for companies engaged in more than one line of business.