Galaxy Digital, the cryptocurrency investment bank helmed by Mike Novogratz, pocketed $58.4 million in net income in the first three quarters of 2019, a 133% jump from the same period last year.
In a Q3 Financial report, the firm disclosed that it hit a net loss of $68.2 million in Q3, despite the overall gain in the first nine months of 2019. Over-the-counter trading, one of Galaxy Digital’s three business lines, largely accounted for this loss with $43.3 million.
Still, there were some bright spots. The trading arm saw a 47% increase in total onboarded counterparties in Q3 over Q2.
Meanwhile, the asset management arm of Galaxy Digital had a total of $336 million assets under management by the of September 2019, $325 million of which was for the EOS Fund. The fund made several venture investments in Q3, include venture fundings to Loopland Group Holding, Versiart, Immutable, Predictive Pop, and FinCo Services.
As of September 30, 2019, the firm has made a total investment of $156.5 million, a $22,9 million decrease from the end of 2018, and had a total digital asset holding of $133.5 million, a $63.7 million increase from the end of last year. 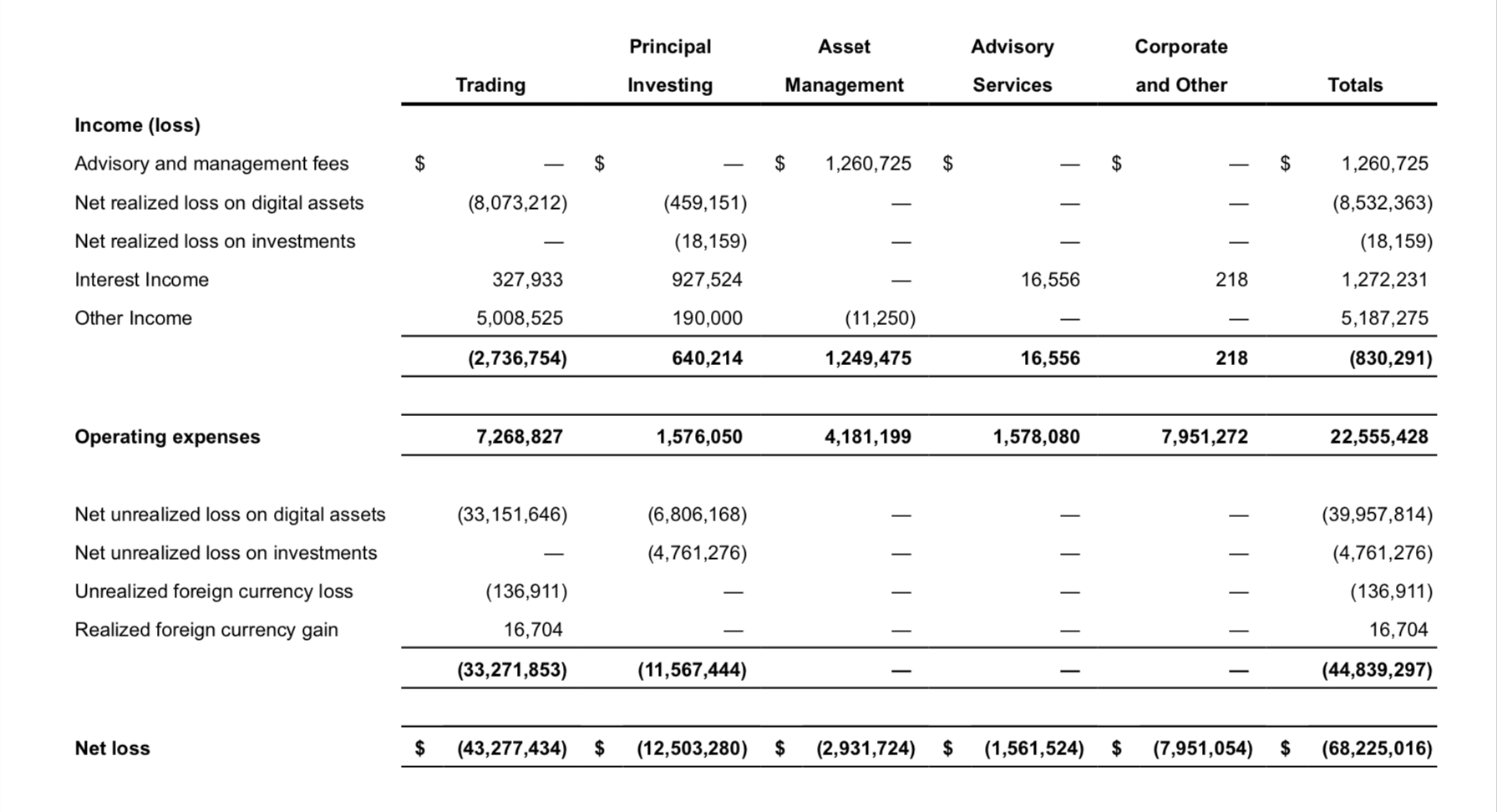