German Banks May Soon Transact Bitcoin: New Proposed Law - The Crypto Area | The Future of Money
About us FAQ Submit PR Submit Article Set up a wallet Market Update What Is Crypto ? 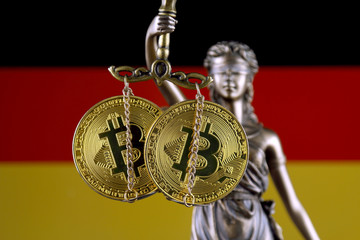 Reports coming from Germany suggest that a new bill in the country might allow banks to support the sale and custody of Bitcoin and many other cryptos by 2020. Handelsblatt reported on November 27 that the bill in question needs consensus from the country’s 16 states. It has already successfully passed through the Bundestag, the German federal parliament.

Will Germany Turn Into a ‘Crypto-Heaven’?

Currently, the German banks and all other financial institutions operating within the country are banned from supporting the sale of all digital assets including cryptos for clients. If this law is passed, the proposed bill will majorly transform the status quo.
While the first draft of the bill had allegedly featured a ‘separation clause’ that would have needed banks to make recourse to external crypto custodians or even dedicated subsidiaries, the current version of the new law has removed that. Thus, it will streamline the banks’ crypto-related operations. Handelsblatt explains:

“Starting in 2020, financial institutions will be able to offer their customers online banking, virtually at the touch of a button, along with classic securities such as stocks and bonds, as well as for cryptocurrencies.”

The news of this bill encountered some enthusiasm from the domestic industry with the Head of Distributed Ledger Consulting, Sven Hildebrandt, quoted:

“Germany is well on its way to becoming a crypto-heaven. The German legislator is playing a pioneering role in the regulation of cryptocurrency.”

Recently, the Bundestag published a statement that determined that cryptos like bitcoin are not real money. According to that publication, their volatility and purportedly limited use for payments disqualify them from being considered as real money.
The statement adopted a cautious line about stablecoins. It highlighted their potential to severely disrupt the existing monetary system. That position was supported by Benoit Coeure, a European Central Bank board member earlier in the week. Coeure said that global stablecoin arrangements “raise potential risks across a broad range of policy domains.”
Will Germany transform into crypto heaven in 2020? Only time will tell.