US to Strictly Enforce Crypto Rules Similar to FATF Guidelines - The Crypto Area | The Future of Money
About us FAQ Submit PR Submit Article Set up a wallet Market Update What Is Crypto ? 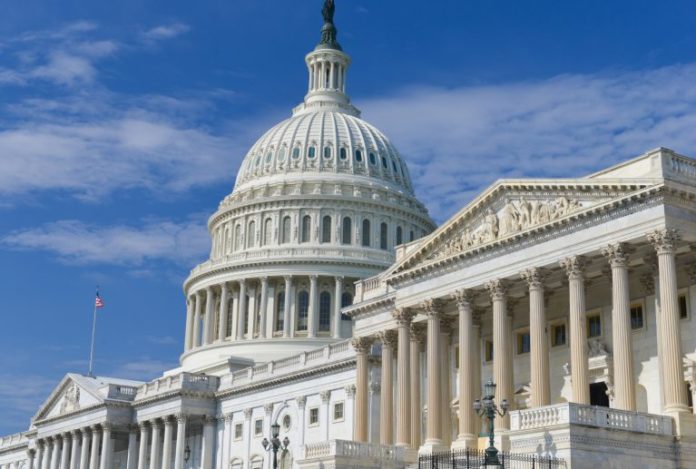 The U.S. government will strictly enforce the rules on cryptocurrencies similar to the standards recommended by the Financial Action Task Force (FATF). The Financial Crimes Enforcement Network has reaffirmed that its “Travel” rule applies to cryptocurrencies. Meanwhile, the Federal Reserve has flagged stablecoin as a potential risk to the U.S. financial system in a new report.
Also read: Blockchain-based payment processor Radpay raises $1.2 million in series seed round

The U.S. Financial Crimes Enforcement Network (Fincen) will strictly enforce anti-money laundering (AML) rules on cryptocurrencies, Director Kenneth Blanco reportedly said on Friday. Fincen is a bureau of the U.S. Department of the Treasury with a mission to combat money laundering and safeguard the country’s financial system from illicit use.
The bureau requires cryptocurrency firms engaged in money service businesses, including crypto exchanges and wallet service providers, to share information about their customers. Specifically, the “Travel” rule requires them to verify their customers’ identities, identify the original parties and beneficiaries of fund transfers that are $3,000 or higher, and transmit that information to counterparties if they exist.

The Travel rule was first issued by Fincen in 1996 as part of the AML standards for all U.S. financial institutions. The rule was expanded in March 2013 to apply to crypto exchanges and reinforced in the crypto guidance issued in May this year. Reuters noted that the May guidance confused some businesses, as they thought the rule did not apply to them. At a conference hosted by blockchain analysis firm Chainalysis on Friday, Blanco was quoted as saying:

It (travel rule) applies to CVCs (convertible virtual currencies) and we expect that you will comply period.

“That’s what our expectation is. You will comply. I don’t know what the shock is. This is nothing new,” he reiterated. The Travel rule is the most common violation for money service businesses engaged in cryptocurrencies, the director revealed, adding that Fincen has been conducting examinations which include ensuring compliance of the Travel rule since 2014.

FATF Standards and the Travel Rule

The AML rules enforced by Fincen are similar to those recommended by the FATF, an inter-governmental policymaking body whose purpose is to establish international standards to combat money laundering and the financing of terrorism. The FATF issued its new guidance for crypto assets and related service providers in June. At the June G20 leaders’ summit in Japan, the U.S. and other countries reaffirmed their commitments to applying the FATF standards. The G20 finance ministers and central bank governors similarly announced their commitments to implementing them. However, the crypto industry has raised several concerns regarding the challenges in applying the rules, which are not legally binding but countries that refuse to comply risk being put on a blacklist.
Like Fincen, the FATF has recommended crypto asset service providers and regulators worldwide to implement the rules similar to the Travel rule, giving them about a year to do it from June. However, the threshold set by the FATF is $1,000 or 1,000 euros. In October, the FATF revealed that its “assessments will specifically look at how well countries have implemented these measures.” It remains to be seen if Fincen will further update its rules on crypto assets.

Coinciding with Director Blanco’s statement, the U.S. Federal Reserve issued a report Friday following its recent semi-annual financial stability review. The 60-page report has a dedicated section on stablecoin which the Fed has flagged as a potential risk to the country’s financial system. While acknowledging the benefits of innovation, the Fed believes that “the possibility for a stablecoin payment network to quickly achieve global scale introduces important challenges and risks related to financial stability, monetary policy, safeguards against money laundering and terrorist financing, and consumer and investor protection.”
Shortly after Facebook announced its plans for the Libra project, a number of countries raised concerns over the digital currency. Several U.S. lawmakers have tried to shut down the project and some countries have increased their efforts on central bank digital currencies to compete with Libra. Noting that it is not looking to issue its own digital currency at this time, the Fed said that a number of challenges must be resolved before Libra can be launched in the country.
What do you think of Fincen strictly enforcing its crypto rules and the Fed flagging stablecoin as a risk to the U.S. financial system? Let us know in the comments section below.
Images courtesy of Shutterstock, Fincen, and FATF.
Did you know you can buy and sell BCH privately using our noncustodial, peer-to-peer Local Bitcoin Cash trading platform? The local.Bitcoin.com marketplace has thousands of participants from all around the world trading BCH right now. And if you need a bitcoin wallet to securely store your coins, you can download one from us here.
The post US to Strictly Enforce Crypto Rules Similar to FATF Guidelines appeared first on Bitcoin News.