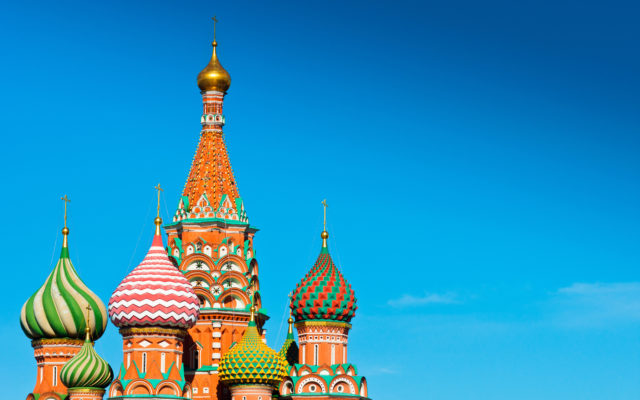 Reports are emerging that Russia’s stance on crypto has turned negative. The news comes in the wake of a week of FUD stemming from another ‘bitcoin ban’ in China. It is no surprise that central banks do not favor decentralized currencies in a world where they’re racing to launch their own ones.

Crypto markets are slowly showing signs of recovering from a six month low when another round of FUD has hit the media. According to local reports from state media, the Russian central bank would support a move to prohibit crypto assets being used for payments.
Reiterating that the Ruble is the only legal tender in the country the bank rehashed the tired old comments regarding money laundering and terrorism financing concerns (translation):

“We continue to believe that cryptocurrencies carry significant risks, including in the field of laundering of proceeds from crime and financing of terrorism, as well as in conducting exchange transactions due to sharp exchange rate fluctuations,”

The Bank of Russia continued with the negative rhetoric adding that it would support any move made by regulators to ban cryptocurrencies as a means of payments as confirmed by the deputy head of the banking regulation department of the Ministry of Finance, Alexey Yakovlev.
According to Izvestia, crypto-assets can currently be used for payments in some retail outlets and are accepted by freelancers as salaries.
There have been delays in legislation regarding the legal status of smart contracts, ICOs and crypto mining in Russia. Three bills were submitted to the State Duma in 2018 but only two have been adopted which address changes to the civil code regarding digital rights, as well as a law on raising funds using crowdfunding platforms.

As yet there has been no official move towards a crypto ban in Russia but as in previous instances, the central bank has tendencies to reaffirm its status as financial overseer from time to time. These threats are not limited to Russia and have been issued by central banks across the world.
The reports continue to state that the Russian crypto community is preparing itself for a potential tightening of restrictions which could lead to a situation similar to China’s where the majority of trading goes underground or OTC.
Industry experts say a blanket crypto ban is not the answer but a regulatory framework would be the way forward if Russia is to remain competitive in the blockchain technology field.
Will Russia completely ban bitcoin and crypto? Add your thoughts below.
Image via Bitcoinist Media Library
The post Why is Russia Mirroring China’s Anti Crypto Stance? appeared first on Bitcoinist.com.

Bitcoinist
Bitcoinist.com is author of this content, www.cryptoarea.info is is not responsible for the content of external sites.