Ex-Morgan Stanley execs launch crypto derivatives exchange Phemex, claiming it to be ‘on par with Nasdaq’ - The Crypto Area | The Future of Money
About us FAQ Submit PR Submit Article Set up a wallet Market Update What Is Crypto ? 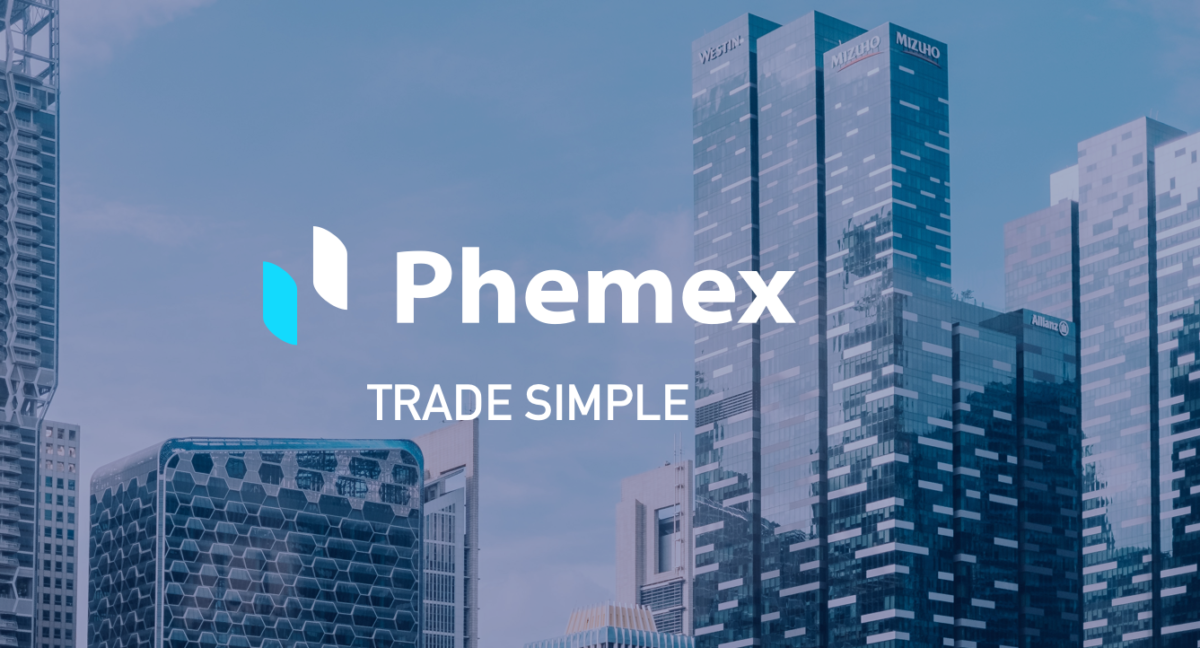 Eight former core developers from one of Wall Street's top investment banks, Morgan Stanley, have launched a cryptocurrency derivatives exchange with big claims.Named Phemex (references "the Greek Goddess of fame and good repute Pheme"), the exchange claims to be 10 times faster as compared to other cryptocurrency trading platforms with the ability to manage 300,000 transactions per second. It also claims to have an order entry and response time of “less than 1 millisecond.”Available for both retail and institutional clients, Singapore-based Phemex offers several cryptocurrency perpetual contracts, tied to bitcoin (BTC), ether (ETH), XRP, litecoin (LTC) and EOS, with up to 100 times leverage.“These trading metrics are on par with those experienced at some big investment banks like Morgan Stanley. Our matching engine, trading engine, and risk engine were six months in the making, putting the platform technically on par with Nasdaq,” said Jack Tao, who spent 11 years at Morgan Stanley as the global development leader of the bank’s electronic trading benchmark execution strategies, before co-founding Phemex.Tao brought in seven other executives as well from Morgan Stanley to join his venture.
Traditional finance to crypto
But why a shift to crypto from traditional finance? Mostly for two reasons, Tao told The Block. “First, we believe that the derivatives market has great potential for growth, this belief was supported by our research during the initial stages of Phemex. Second, coming from traditional finance, where technical standards are considerably higher, we see plenty of room for improvement.”
Tao acknowledged that the crypto derivatives market is “crowded,” but said “ongoing news of technical and security issues regarding major exchanges are also very common. This tells us that our expertise can bring value to the industry.”Phemex is built using C++ and React programming languages, while some other crypto trading platforms are engineered in Kdb+, a column-based relational time-series database, said Phemex, adding: “While extremely efficient in calculating orders, costs and risks, Kdb+ presents exchanges with reliability issues due to scalability and transaction throughput limitations.”In July, the world’s largest crypto wallet provider Blockchain.com also launched a crypto exchange called The PIT, claiming to be one of the fastest in the world. But is speed really important? Insiders told The Block at the time that speed isn't a top priority for most investors in the market.Phemex also offers a “cold” wallet, which assigns an independent deposit address to each user, per the announcement.
Looking back and aheadThe whole process of building Phemex took around six months, Tao told The Block, adding that the platform opened registrations ten days ago. So far, some 2,000 users have signed up for Phemex and Tao is “satisfied” with the turnout. “Our target for H1 is at least 20,000 users,” he added.
Phemex charges trading fees of -0.025% (maker) and 0.0075% (taker), and withdrawal fee of 0.0005 bitcoin, said Tao, adding that the platform currently prevents IP addresses from the U.S., meaning residents of the country cannot trade.
There are currently 40 people working for Phemex and the exchange is looking to expand its presence in “many different markets soon” with plans to hire more staff. To that end, the $30-million valuation firm is raising more funds, Tao told The Block, declining to comment on how much Phemex has already raised to date.
"As all of our competitors in the derivatives field, we are currently unregulated," Tao told The Block. But there are already regulated crypto derivatives exchanges in the space, including CME and Bakkt. Phemex also has plans to acquire a license from the Monetary Authority of Singapore (MAS), said Tao, adding: "Additionally, we are planning to collaborate with SEBA for the custody of our customer's assets."Just last month, the MAS proposed to allow the listing and trading of cryptocurrency derivatives on approved local exchanges, due to interest from institutional investors. “In the future, we would like to provide our users with the option to trade contracts backed by traditional financial products: FOREX, S&P, commodities, etc., Tao said. "It is a long process in terms of regulations and licensing but we are targeting early 2020 for the release of these features."