Uzbekistan Bans Citizens From Buying Crypto, They Can Only Sell 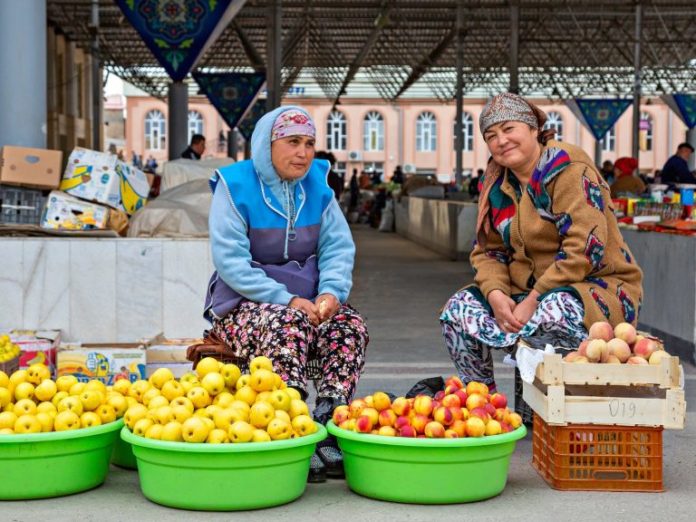 Authorities in Uzbekistan have effectively banned residents from purchasing cryptocurrencies on digital asset exchanges licensed in the country. Crypto holders will only be able to sell their coins and that’s if these have not been obtained through anonymous transactions, amendments to the local regulations postulate.
Uzbekistan Amends Its Crypto Regulations
The Central Asian republic made it to the crypto media headlines last year, when it legalized cryptocurrency trading and introduced licensing for exchanges with a presidential decree issued in the fall of 2018. An earlier decree, signed by President Shavkat Mirziyoyev in the summer of that same year, prepared the legal grounds for other activities related to the circulation of digital coins. For a while, the country looked like a promising destination for crypto business. However, the National Agency for Project Management, which is subordinated to the presidency, has recently adopted amendments to the regulatory regime that significantly limit options for local private individuals using cryptocurrency. According to a new order issued by the agency on Dec. 6, Uzbekistan citizens will only be allowed to sell crypto assets on registered exchanges, Sputink and Forklog reported. Besides, using decentralized cryptos as a means of payment is now prohibited in the country.
On top of that, performing any transactions with coins that have been acquired through anonymous transactions is banned as well, although it remains unclear how regulators will determine whether someone’s digital money has been involved in such transfers. Trading platforms should only serve users with verified identities, who are 18 years or older, and whose names are not on the government’s list of individuals suspected of money laundering and terrorist financing.

Cryptocurrency exchanges have been obliged to keep records of all trades conducted on their platforms for at least five years. Any violations of the country’s laws should also be recorded and reported to Uzbekistan’s law enforcement in writing. According to the media reports, these new requirements have been inspired by the global standards on crypto assets adopted by the Financial Action Task Force (FATF) in June this year. Uzbekistan authorities have nevertheless not given up entirely on their initial intention to accommodate crypto businesses in the country. The project management agency under President Mirziyoyev hopes that despite the stringency of the newly adopted rules, the overall regulatory framework will attract fresh foreign investments. The executive power in Tashkent also expects that crypto companies will generate additional revenues for Uzbekistan’s commercial banks that provide services to the sector.
When the crypto industry was granted regulatory recognition last year, Uzbekistan sought to acquire know-how from others with more experience in the field. The government signed an agreement with the Korean Blockchain Business Association which had to help with the implementation of the Uzbekistan Revolution 4.0 project aimed at developing the country’s blockchain space. The cooperation had to lead to the establishment of a national cryptocurrency exchange, industrial mining center, blockchain academy, and the legalization of coin offerings. It’s unclear whether there’s been any substantial progress on this track since then.
What’s your opinion about the regulatory changes in Uzbekistan? Share your thoughts in the comments section below.
Images courtesy of Shutterstock.
Did you know you can buy and sell BCH privately using our noncustodial, peer-to-peer Local Bitcoin Cash trading platform? The local.Bitcoin.com marketplace has thousands of participants from all around the world trading BCH right now. And if you need a bitcoin wallet to securely store your coins, you can download one from us here.
The post Uzbekistan Bans Citizens From Buying Crypto, They Can Only Sell appeared first on Bitcoin News.