Everything you need to know about Meme Coins 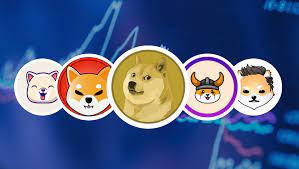 2021 has been the year of dog-themed meme coins. The meme coins market experienced exponential growth like no other altcoins. Dogecoin and its rival Shiba Inu created a massive craze among crypto enthusiasts and even ordinary people with their enormous growth rate. Dogecoin has made a few millionaires recently, while many lost money due to market volatility.

But are these meme coins worth the hype? I would say they are overrated. Unlike Bitcoin, ETH, and other utility-based cryptocurrencies, meme coins are just meme-inspired crypto assets without any sole purpose. They are highly volatile, and the market emotions heavily influence their prices. The meme coins are highly volatile, community-driven, and fueled by media. The meme coin recently started getting more recognition (considerable tweets from Elon Musk), which has brought a lot of hype and fear of missing out (FOMO) and financial risk.
Meme Coins Explained
Meme coins are crypto-assets created with memes or jokes as inspiration. Dogecoin, launched in 2013 as a parody, is the first meme coin made. Dogecoin was based on the famous Dog meme of Shiba Inu, a Japanese dog breed.
These meme coins are not deployed for any purpose. Instead, they were introduced to mock the regular coins like Bitcoin and ETH. However, online community endorsements and FOMO creates a sudden demand for meme coins, making them the most volatile crypto asset of all kinds. A meme coin can gain popularity overnight, and still, its price can slump at the same rate when the community turns its focus to the next meme coin.
The meme coins have a vast or infinite supply, disrupting the demand-supply curve. This is why meme coins are priced very low, and you can buy millions of such coins for a few dollars. For instance, Shiba INU, a famous meme coin, has a total supply of 1 quadrillion. Even Dogecoin has no fixed supply (100 billion coins are in circulation now). Moreover, these meme coins do not support deflationary and rebasing or burning mechanisms to keep the demand-supply ratio intact.
The Reason Behind the Craze
It is tough to state why meme coins are so popular. Still, some say that during the global pandemic, retail investors and crypto enthusiasts wanted to hedge against inflation, resulting in considerable growth in the crypto market. Amidst the hype, meme coins also boomed, showing significant market capitalization and variety growth.
Another reason why meme coins won the retail investors' hearts is their low price. All the meme coins cost only a fraction of a cent or just a few cents. Technically speaking, the low price is due to their enormous supply. So, the investors can acquire millions of meme coins for a few dollars. Holding a huge number of coins than owning a fraction of BTC or ETH creates a significant psychological impact on the traders.
Potential Risks of Investments
Though meme coins experienced exponential growth in 2021, they have financial risks like all crypto assets. On the other hand, meme coins do not have well-written whitepapers explaining the technicalities and lack an established ecosystem. Furthermore, meme coins are inflationary due to their enormous supply. The collective jokes of the community define the fundamentals of meme coins. Only a very few meme coins are built on the tech base of proper cryptocurrencies.
As the market for meme coins increases, you should be aware of projects that take advantage of the hype to loot money. For example, inspired by the Squid game show, Squid coin surged over 86,000% in a week. But all of a sudden, the team pulled liquidity off the pools, causing rug pull, and the price plummeted by 99%. The worst part is that the Squid token holders could not sell them. So it is always better to DYOR before investing in any crypto assets, especially meme coins.
Tags
crypto mediaroom shibinu shihtzu
Related Article