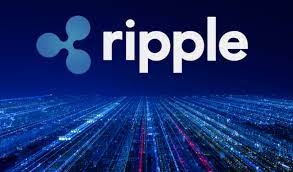 The Biden administration has nominated a former Ripple advisor Michael Barr as Vice-Chair of Supervision at the federal reserves. The Law professor and former Obama administration official will be replacing the former nominee, Sarah Bloom Raskin who failed to win Senate confirmation.

The new nominee who is the current Dean of the public policy school at the University of Michigan was a top contender nominated for the office of the comptroller of the currency but could not succeed. This time however, he has a good chance of securing the new position.

Although he is yet to face the senate for screening, Barr already has president Biden’s support who described him as “a qualified candidate who would bring years of experience to the job.” Biden also says that Barr has a wide support base in the political space and he also promised to get Barr through his first vote as soon as possible.

Similarly, the Chair of the Senate committee on banking Senator Sherrod Brown, a Democrat said he will support Barr for the position.

“I will support this key nominee, and I strongly urge my Republican colleagues to abandon their old playbook of personal attacks and demagoguery.”

Also, Ian Katz, the managing director at Capital Alpha said Barr’s chance of getting the position is placed at 60%. “Barr is seen by many as more moderate than Sarah Bloom Raskin,” Katz wrote in a note.

The crypto industry in the U.S has faced a lot of hurdles, most of which have been regulatory. The government nominating people who have been in crypto like Barr could be good for the industry as it strives to enter the mainstream.

Because of such nominees, the Biden administration is now working towards bringing about a proper regulatory framework for crypto, which will go a long way in ensuring that the industry experiences healthy growth in the country.

Disclaimer: The opinion expressed here is not investment advice – it is provided for informational purposes only. It does not necessarily reflect the opinion of TheCryptoArea. Every investment and all trading involves risk, so you should always perform your own research prior to making decisions. We do not recommend investing money you cannot afford to lose.
Advertisment
Tags
crypto mediaroom news ripple
Related Article