Fintech company’s adoption of Ripple’s technology for global remittance has continued to soar. 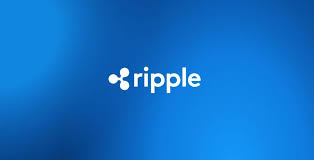 Following its partnership with Ripple’s partner and global remittance player TerraPay, IDT Corporation has announced that its BOSS Money service will be made available in Ethiopia.

The initiative would enable users in the United States and other countries to make direct deposits to 40 million Ethiopian bank accounts, and the funds would be received within minutes, IDT Corporation said in an announcement this week.

Alfredo O’Hagan, IDT’s SVP for Consumer Payments, said the company has attracted the interest of Ethiopians in the diaspora due to its reliable cash pick-up service and favorable exchange rates, as well as incredibly low fees needed to settle cross-border transactions.

“Now, we are pleased to offer direct deposit to 40 million accounts at Ethiopian banks in addition to cash pick up at over 4,600 branch locations,” O’Hagan said.

Features of the Service

With the new service, BOSS Money clients can conveniently transfer a minimum of $100 to any Ethiopian local bank account for a service fee of $3.99.

Similarly, users can also transfer a maximum of $2,999 for as low as $6.99 using the BOSS Money and BOSS Calling apps available for download on Google PlayStore and iTune App Store.

According to the announcement, customers utilizing the service to send money to Ethiopian bank accounts for the first time would be allowed to transfer up to $300 without incurring any fee. However, charges will apply to all subsequent transactions.

The BOSS’ Money direct deposit option is available to the following Ethiopian banks,

Meanwhile, a Ripple enthusiast known by the pseudonym WrathofKahneman highlights the achievements of BOSS Money in Africa over the last three months.

The development confirms the widespread adoption of Ripple’s payment technology in cross-border remittance.

Ripple’s RippleNet has been adopted by numerous financial institutions globally due to its prowess in global remittance.

The service is currently being used by top banks, including Banco Santander and the Canadian Imperial Bank of Commerce (CIBC), among others.

Disclaimer: The opinion expressed here is not investment advice – it is provided for informational purposes only. It does not necessarily reflect the opinion of TheCryptoArea. Every investment and all trading involves risk, so you should always perform your own research prior to making decisions. We do not recommend investing money you cannot afford to lose.
Advertisment
Tags
business crypto mediaroom news ripple
Related Article