1.74 Billion Shiba Inu Burnt in September, 268 Million In 24 Hours, 257 Million In One Transaction - The Crypto Area | The Future of Money
About us FAQ Submit PR Submit Article Set up a wallet Market Update What Is Crypto ? 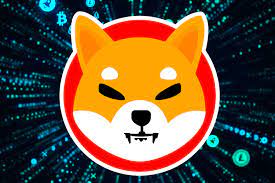 1Cent Token, SHIB Super Store, and Shibburn.com are recognized as the “Biggest SHIB Burner of the Month.”

Shibburn recently released a SHIB Burn figure for September. As per the report, the Community-led Burn initiatives executed 382 separate transactions to send a whopping total of 1,743,878,414 (1.74B) SHIB to the “inferno” addresses in the past 30 days.

Disclaimer: The opinion expressed here is not investment advice – it is provided for informational purposes only. It does not necessarily reflect the opinion of TheCryptoArea. Every investment and all trading involves risk, so you should always perform your own research prior to making decisions. We do not recommend investing money you cannot afford to lose.
Advertisment
shibinu
Next Post Previous Post
No Comment
Add Comment
comment url
crypto,mediaroom,news,shibinu