The number of addresses that actively send and receive transactions on the Cardano network daily increased by nearly 100% recently. According to a tweet shared by Cardano founder Charles Hoskinson, the number of daily active addresses surged by 90%. 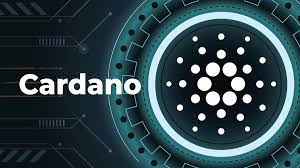 The massive surge of Cardano’s daily active addresses may surprise many, given that ADA has shredded a significant percentage of its value, like most crypto assets. On Year to Date (YTD), ADA is down 76.2%. At press time, ADA is currently trading around $0.312, according to data from Coingecko.

The surge in the number of daily active addresses may be because Investors might see ADA’s low price as the perfect opportunity to increase their position in the asset class in anticipation of a bull market.

ADA is one of the cryptocurrencies expected to record massive growth in the next bull market. The project team has consistently released important initiatives to help Cardano rank among the top cryptocurrency projects.

In September 2021, Cardano launched one of its most significant upgrades, the Alonzo hard fork, which introduced smart contract functionality to the network. Less than a year later, Cardano’s development team launched the Vasil hard fork to enhance the network’s throughput speed, general usability, and dApp development.

Furthermore, Hoskinson revealed last week that a new project had been added to the Cardano ecosystem. The project, dubbed Midnight, is a data protection-based blockchain that protects personal and commercial data.

Interestingly, the Cardano team has achieved these feats despite not having the support of top Venture Capitalists. Recall that Hoskinson slammed VCs for not supporting Cardano like other top crypto projects. The lack of VC support recently prompted the Cardano-based decentralized finance project Ardana to halt development due to funding and timeline concerns.

Disclaimer: The opinion expressed here is not investment advice – it is provided for informational purposes only. It does not necessarily reflect the opinion of TheCryptoArea. Every investment and all trading involves risk, so you should always perform your own research prior to making decisions. We do not recommend investing money you cannot afford to lose.
Advertisment
news