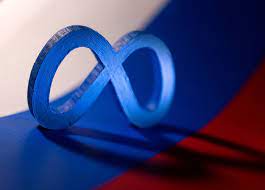 The Russian government has delivered a serious setback to Meta (Facebook). On Friday, Meta was reportedly designated as an extremist group by the Russian Ministry of Justice. An earlier ruling in Russia found that Meta was involved in extremist activity.  Additionally, Moscow censored Instagram and Facebook. They said it was all a part of their war against Western social media.

Unfortunately, Meta’s attempt to petition a Moscow court to overturn the prohibition was unsuccessful. Apparently, Meta is alleged for encouraging users from other countries to participate in violent activities against Russia.

The stock price of the technology firm has fallen significantly, down 66.8 percent since the beginning of the year. The current median price of Meta stock is $112.24. Pre-market numbers show a 0.25 percent drop in the stock price.

In the UK, Meta is being investigated for allegedly collecting user data for the purpose of serving personalized adverts. Tanya O’Carroll has launched a lawsuit against Facebook, claiming that the company is in violation of GDPR. Her information is being processed and profiled.

Moreover, these lawsuits, it seems, are a direct shot at Facebook’s financial model. Nonetheless, it plans to increase Meta’s regulatory and legal risks in Europe. Furthermore, Mark Zuckerberg’s future with the firm has been the subject of much conjecture as of late. Reports indicate that the multi-billion dollar Metaverse project will not be jeopardized by this move.

Facebook CEO Mark Zuckerberg held a virtual reality event on October 28, 2021. Moreover, Facebook founder Mark Zuckerberg said that the company will be rebranding as Meta and focusing entirely on creating the metaverse.

Disclaimer: The opinion expressed here is not investment advice – it is provided for informational purposes only. It does not necessarily reflect the opinion of TheCryptoArea. Every investment and all trading involves risk, so you should always perform your own research prior to making decisions. We do not recommend investing money you cannot afford to lose.
Advertisment
Tags
crypto mediaroom metaverse news
Related Article