onXRP Welcomes 240K NFTs and 9K Collections On XRP Ledger (XRPL) In Just a Week - The Crypto Area | The Future of Money
About us FAQ Submit PR Submit Article Set up a wallet Market Update What Is Crypto ? 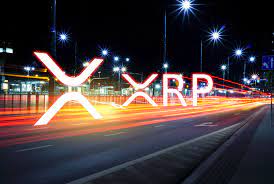 Less than a week after XLS-20 went live, XRPL already houses 240,000 NFTs which were indexed by onXRP.com – an NFT marketplace on the XRP Ledger. The platform also indexed 9,000 NFT collections, having assisted in launching six projects. All the indexed NFTs can be traded on XRPL.

The XRP Ledger has witnessed massive growth since its inception, and the network is looking to extend this growth in NFTs with the launch of the XLS-20 protocol, which brings native NFT functionalities to the blockchain.

“We have now indexed around 240000 NFTs, and 9000 collections, and helped launch 6 projects. All are able to be traded through on XRP on the XRPL.” onXRPdotcom revealed in a tweet Monday.

WE HAVE NOW INDEXED AROUND 240000 NFTS, AND 9000 COLLECTIONS, AND HELPED LAUNCH 6 PROJECTS. ALL ARE ABLE TO BE TRADED THROUGH ONXRP ON THE #XRPL.

The disclosure comes barely a week after reports of the launch of XLS-20 on the XRP Ledger mainnet surfaced, as highlighted by The Crypto Basic. CTO at Ripple and XRPL Architect, David Schwartz, on October 31, revealed that XLS-20 had gone live on the XRPL mainnet, noting that a few NFTs had already been minted.

As previously mentioned, NFTs on XRPL takes a unique approach that sets them apart from conventional ones in cryptocurrency. Schwartz noted that XRPL NFTs do not follow a smart contract model and are consequently less likely to generate network congestion and generally exhibit less vulnerability to attacks.

Additional features, such as the possibility of co-ownership and an automatic royalty issuance, have positioned XRPL as a strong contender against Ethereum in the NFT scene.

The XPUNKS NFT collection was launched a few hours after XLS-20 went live. The collection was introduced as a counterpart to the already-established CryptoPunks NFT collection. Following the launch, a whopping 5.75M XRP volume was recorded in just 2 hours.

Disclaimer: The opinion expressed here is not investment advice – it is provided for informational purposes only. It does not necessarily reflect the opinion of TheCryptoArea. Every investment and all trading involves risk, so you should always perform your own research prior to making decisions. We do not recommend investing money you cannot afford to lose.
Advertisment
Next Post Previous Post
No Comment
Add Comment
comment url
crypto,news,nft