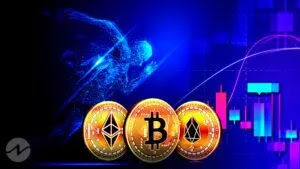 Vladimir Putin, President of Russia, agrees that a new digital payment system is needed for global settlements. According to proponents of the new payment system, no banks nor third parties are necessary to process transactions. This information was leaked to the public by one of the regional media outlets. Distributed ledgers and digital currency technologies may, as previously noted, be used to curate the new digital payment system.

Putin made the announcement during a speech at a Sberbank-sponsored seminar on artificial intelligence. According to Russia’s president, nations’ ability to make and receive international payments and exchange funds is under threat. The increasing hostility between the West and Russia is a major factor in this. Sanctions have had a devastating effect on the country’s ability to participate in international financial markets.

“Based on the technologies of digital currencies and distributed ledgers, it is possible to create a new system for international payments, and much more convenient, but at the same time completely safe for participants and completely independent of banks and interference from third countries.”

Russia’s President Vladimir Putin seemed to grasp the gravity of the country’s economic situation when he established a committee last month to coordinate supplies for the Russian army.

Months after Putin declared the “economic blitzkrieg” against Russia had failed, Russian economists and business leaders argued that Western sanctions imposed over the invasion of Ukraine were burrowing progressively deeper into Russia’s economy, aggravating equipment shortages for its army and hindering its capacity to conduct any fresh land attack or produce new missiles.

Disclaimer: The opinion expressed here is not investment advice – it is provided for informational purposes only. It does not necessarily reflect the opinion of TheCryptoArea. Every investment and all trading involves risk, so you should always perform your own research prior to making decisions. We do not recommend investing money you cannot afford to lose.
Advertisment
Tags
blockchain crypto exchanges mediaroom news
Related Article