Shiba Inu (SHIB) recently rebounded from a momentary dip as its value responded to a recent increase in whale activity. 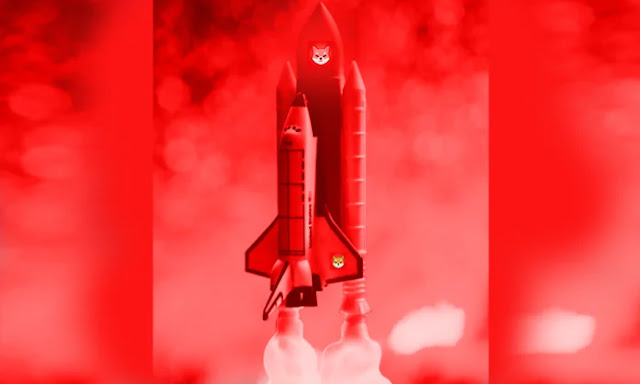 Following a momentary dip below the $0.000009 territory, SHIB staged a rebound to secure its position above the zone as the bulls look to sustain its newfound strength amid a recent increase in whale activity and World Economic Forum work together offer.

Despite a recent surge of selloffs which sank SHIB to a 5-month low of $0.000008301 on Tuesday amid the bearish atmosphere triggered by the FTX saga, the asset promptly rebounded to maintain a position above the psychological support at $0.000009 on Thursday. SHIB has sustained its spot above this level since then as the market witnesses an increase in whale activity.

WhaleStats, a crypto surveillance platform dedicated to tracking on-chain whale activity, recently revealed that SHIB ranks among the top 10 assets recently purchased by the 500 largest ETH whales within the cryptocurrency community. Additionally, whale transactions on the SHIB network have increased by over 26% during press time. Furthermore, data from WhaleStats reveals that the biggest 500 ETH whales hold a combined SHIB balance worth $68.6M as of press time, indicating SHIB’s popularity amongst large investors of late.

Shiba Play, a community-driven SHIB update provider, noted that about 297.7 trillion SHIB had been moved amongst several wallets in four transactions within the past 24 hours.

Amid these metrics, SHIB has surged by 1.7% in the past 24 hours despite a generally bearish market condition, making it the third-highest gainer in the past day amongst the top 30 assets by market capitalization. With a meager gain of 0.68% in the past week, SHIB is currently changing hands at $0.000009139.

As reported by TheCryptoBasic SHIB lead developer Shytoshi, through a poll, sought the community’s opinion on an invitation to work with the World Economic Forum on their Metaverse policy.

62% of the 22k votes replied Yes to the invitation, with some expressing their concerns that this recent collaboration could divert the team’s attention from working on Shibarium. In response, Shytoshi noted that the development of Shibarium remains on track regardless. The team has still not given any fixed launch date for the layer-2 solution, leaving the community in the dark.

The community’s eagerness to welcome Shibarium, which promises lower transaction fees and higher throughput, was recently underlined by responses to an enigmatic tweet from Shytoshi last week, as The Crypto Basic reported. Shytoshi, in his cryptic message, noted that the initial design had been approved without providing any context. Several individuals asked if the developer was referring to Shibarium, highlighting their anticipation of the L2 solution.

Disclaimer: The opinion expressed here is not investment advice – it is provided for informational purposes only. It does not necessarily reflect the opinion of TheCryptoArea. Every investment and all trading involves risk, so you should always perform your own research prior to making decisions. We do not recommend investing money you cannot afford to lose.
Advertisment
Tags
crypto mediaroom news shibinu
Related Article