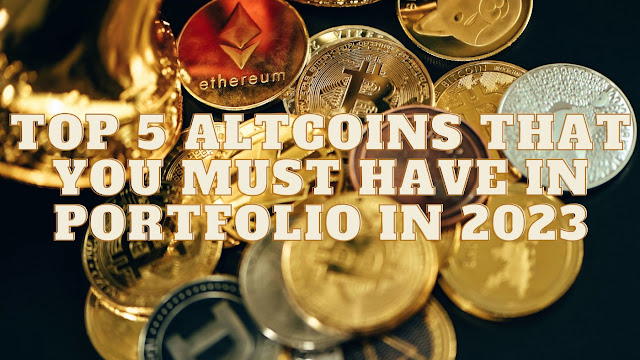 2022 has gone against the predictions of several industry pundits who expected crypto assets to continue to create new highs.

Notably, unfavorable macroeconomic conditions have led to significant losses for crypto investors. As veteran trader Peter Brandt asserted in October, every Bitcoin purchased in 2021 is in the red.

However, current market conditions also offer an opportunity for investors to pick up crypto assets related to promising projects at low prices. The Crypto Basic believes that the 5 crypto assets under $1 discussed below are worth keeping an eye on in 2023.

As recently highlighted by Attorney John Deaton, XRP has remained among the top 10 crypto assets by market cap for about a decade. The altcoin has been around since before the days of Ethereum. However, 2023 has the potential to be a memorable one for the altcoin.

All of these developments have had little impact on the XRP price in the bear market. However, this narrative can easily change under more favorable conditions.

What’s more, XRP, unlike the rest of the tokens in the list, may not need a bull run to see a major price rally. This is because James K. Filan predicts that the judge will give her ruling in the nearly 2-year-long case between Ripple and the US Securities and Exchange Commission on or before the end of March 2023.

Notably, the legal battle has greatly impacted the adoption of XRP in the US, as several US exchanges thought it best to delist the token to avoid problems with regulators. Currently, XRP is trading at the $0.3536 price point, 89.6% below its all-time high of $3.40, formed in January 2018.

ADA is Cardano’s native token. Like the XRP, ADA is among the top 10 crypto assets by market cap. Like the XRPL, Cardano has undergone significant upgrades that have potentially not been priced in due to prevailing macroeconomic conditions.

As Hoskinson put it in September, the “sea of red” does not reflect the strength of Cardano. Below are some things going for the network.

SHIB or Shiba Inu is an ER20 token on the Ethereum network. Initially seen as a DOGE spin-off, the meme coin took the crypto world by storm in 2021, printing 45,000,000% gains within the year on the back of its strong community. However, developers are now building to shake the meme coin tag, creating utility for the project.

Below are some reasons to look out for the meme coin in 2023.

XTZ is the native token of the Tezos blockchain. The Tezos project is unique for several reasons. For one, the network can undergo forkless upgrades and has never experienced an exploit in its 4-year history.

While the crypto markets have been in bad shape, the project has invested in brand sponsorship deals to attract new crypto investors. In addition, it is also quietly seeing growing adoption.

Dogecoin is one of the most popular cryptocurrencies in the world and has served as the first cryptocurrency for many newcomers in the crypto space.

Last year, DOGE shocked the world and ran up to $0.73, fueled by Elon Musk’s tweets alone. Notably, with Elon Musk as the new Twitter chief, many Dogecoin holders expect some form of integration with the platform. Such expectations are not far-fetched, considering Musk’s long-standing romance with the meme coin.

Disclaimer: The opinion expressed here is not investment advice – it is provided for informational purposes only. It does not necessarily reflect the opinion of TheCryptoArea. Every investment and all trading involves risk, so you should always perform your own research prior to making decisions. We do not recommend investing money you cannot afford to lose.
Advertisment
Tags
crypto exchanges ripple shibinu
Related Article