MicroStrategy and Its Subsidiaries Together Add 2,500 Bitcoins 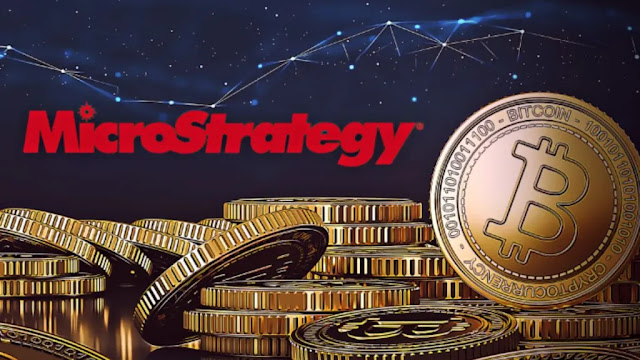 Michael Saylor, a Bitcoin maximalist, stated on Wednesday that MicroStrategy had bought 2,395 Bitcoins. As of the 27th of December, according to an SEC filing. MicroStrategy has almost 132,500 bitcoin in its possession. Which it purchased for over $4 billion at an average price of $30,397 per Bitcoin.

MicroStrategy’s Bitcoin acquisitions have traditionally been seen as an optimistic indicator of the price of Bitcoin. While this information has been released, the Bitcoin price has not changed much. Between November 1 and December 21, MicroStrategy spent around $42.8 million buying 2,395 Bitcoins through its wholly-owned subsidiary MacroStrategy.

In addition, on December 22nd, for tax purposes, MacroStrategy sold about 704 bitcoins at an average price of nearly $16,776. This generated cash profits of $11.8 million. MicroStrategy has never before made a Bitcoin sale before now.

MicroStrategy disclosed 130,000 BTC in Bitcoin holdings in September, having acquired around 301 Bitcoins between August 2, 2022, and September 19, 2022. In addition, via investment banks Cowen & Co. and BTIG LLC, the business raised $500 million by selling Class A MSTR shares. Bitcoin purchases were made with the funds, which were utilized for “general corporate purposes.”

In spite of the news of MicroStrategy making its way to the community, the price of Bitcoin showed no discernible change.

Disclaimer: The opinion expressed here is not investment advice – it is provided for informational purposes only. It does not necessarily reflect the opinion of TheCryptoArea. Every investment and all trading involves risk, so you should always perform your own research prior to making decisions. We do not recommend investing money you cannot afford to lose.
Tags
bitcoin crypto exchanges mediaroom
Related Article