The Community Looked Back at DOGE’s Growth After Its Launch 9 Years Ago Today. 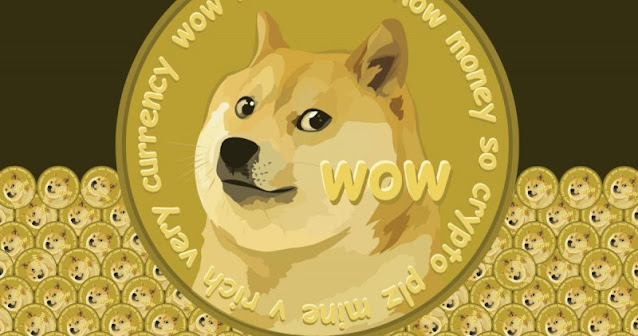 The “original” meme coin was launched nine years ago today, and its growth and resilience despite the meme coin status have stunned several investors.

Dogecoin (DOGE) has come a long way for an asset that originally began as a joke based on the doge internet meme of 2013. Launched in the same year as the meme, the first Dogecoin block was mined on December 6, 2013, as today marks the ninth year of the meme coin’s existence. The community has taken time to appreciate the asset’s growth and resilience over the years. Some of its highlights are:

With a current market capitalization of $13.39B, DOGE positions itself as the eighth largest mainstream crypto asset by market cap, ahead of coins such as Cardano (ADA), Polygon (MATIC), Litecoin (LTC), Solana (SOL), and a host of others. Following Ethereum’s transition to PoS, DOGE became the second-largest PoW asset in the crypto market, only below the firstborn crypto Bitcoin (BTC). Dogecoin has over double Litecoin’s market cap of $5.71B despite being launched later than the asset.

DOGE Has Made Millionaires out of Several Investors

Created as a joke by software engineers Billy Markus and Jackson Palmer, DOGE eventually made millionaires out of numerous investors through its meteoric rallies, especially the massive price surge of last year. DOGE, which started 2021 with a value of $0.0047, surged by a whopping 15,431% to its ATH of $0.73 on May 8, 2021.

The persistent PR from billionaire Elon Musk and the active and robust DOGE community have recently contributed to the asset’s price surges. Besides Musk, DOGE has captured the attention of several notable personalities.

Prominent rappers Snoop Dogg, Lil Yachty, and Soulja Boy all expressed their admiration for the meme coin early 2021. Billionaire Mark Cuban also noted in February of last year that he would rather choose DOGE over a lottery ticket when a fan asked for his opinion on the asset.

Due to its increasing popularity and the surging adoption rate. Several top companies have integrated DOGE payments for their goods and services to appeal to the massively growing DOGE community.

In January of this year, Musk, known for his incessant advocacy for DOGE, announced that Tesla would start accepting the meme coin. Several other entities include Dallas Mavericks, airBaltic, Newegg, and Twitch. Gucci also announced in May that it would start accepting DOGE payments in its retail stores. Musk has also hinted at integrating DOGE into Twitter’s payment system.

Despite a 28% dip from the value of $0.14 it started the year with, DOGE has shown an impressive rate of resilience against the bear market that has brought the broader crypto markets to their knees. The asset is currently trading at $0.1004 as of press time, down 3.72% in the past day.

Disclaimer: The opinion expressed here is not investment advice – it is provided for informational purposes only. It does not necessarily reflect the opinion of TheCryptoArea. Every investment and all trading involves risk, so you should always perform your own research prior to making decisions. We do not recommend investing money you cannot afford to lose.
Advertisment
Tags
blockchain exchanges mediaroom news
Related Article