Top-five most Googled cryptocurrencies worldwide in 2022

Chaudhry December 25, 2022
Bitcoin remains the most-searched cryptocurrency in 2022 by far thanks to its top-brand status and being in a league of its own when it comes to decentralization. 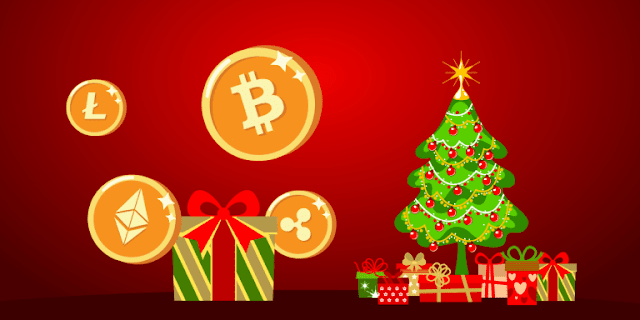 Cryptocurrencies have suffered immensely in 2022 from the onslaught of a hawkish Federal Reserve and the implosions of crypto platforms FTX, Terra, Celsius Network, and others.

What were the most-searched cryptocurrencies in 2022?

Notably, the market valuation of all the cryptocurrencies combined has dropped 70% year-to-date (YTD) to nearly $770 billion, signifying massive capitulations by traders and investors alike.

The waning demand has also pushed the internet requests fo6r the keyword "buy cryptocurrency" to their lowest since February 2020, according to Google Trends.

Nonetheless, the latest Accenture's 2022 Global Consumer Payments report shows that retail interest in cryptocurrencies remains high despite 2022's market crash. The reasons given by responders include long-term investments (28%), curiosity (22%), short-term speculation (21%), and others.

has emerged as the most googled cryptocurrency in 2022 in DollarGeek's research, attracting 28.41 million monthly searches worldwide.

The interest remains relatively high as experts assess its quality compared to other crypto assets in the industry. For instance, venture capital investor Tim Draper thinks weaker coins will become relics amid the ongoing crypto winter to Bitcoin's benefit.

is the runner-up to Bitcoin, attracting an average of 5.85 million monthly searches worldwide in 2022.

The meme-cryptocurrency was in the news mostly due to Elon Musk who purchased Twitter and teased his followers with the idea of integrating DOGE payments for in-app payments. However, it also gained traction after getting listed on Robinhood, a U.S.-based commission-free trading platform.

So wile DOGE's price is down roughly 55% YTD, the internet search data suggests that its potential pool of buyers could be relatively higher in number than sellers, similar to Bitcoin.

Shiba Inu comes third but beats Dogecoin in US

monthly internet searches globally came at 4.43 million. Nonetheless, the meme-coin has beaten its top-rival Dogecoin in the U.S., with 1.29 million monthly searches versus DOGE's 729,000.

That is despite Shiba Inu's weaker price performance in 2022 compared to Dogecoin. SHIB is down roughly 75% YTD, but staying in the news due to its foray into the metaverse and the potential launch of Shibarium, Shiba Inu's Ethereum layer-2 blockchain.

In addition, the internet searches for Shiba Inu also spiked due to Crypto.com, a crypto exchange with the largest SHIB position as of November 2022. The market feared that Crypto.com would become insolvent, which will prompt it to sell its SHIB holdings.

However, Crypto.com CEO Kris Marszalek clarified that their mounting SHIB reserves are due to customer buying.

Ethereum is the fourth most-googled cryptocurrency worldwide with 3.84 million monthly searches in 2022 despite Ether

The second-largest blockchain by market cap stayed in the news throughout the year due to its switch to proof-of-stake (PoS) from proof-of-work (PoW) via the Merge. Notably, interest in the keyword "Ethereum" and related terms like "Ethereum 2.0" and "Merge" peaked in September when the PoS switch happened.

Ethereum's internet searches may have also gained traction due to concerns that it has become a security after the PoS upgrade. Recently, crypto platform Paxful removed support for ETH citing similar reasons.

The Cardano trend picked up momentum specifically in January 2022 when ADA outperformed Bitcoin and Ether in price. Later, however, searches have been declining despite the Vasil hard fork in September failing to produce a spike in interest.

This article does not contain investment advice or recommendations. Every investment and trading move involves risk, and readers should conduct their own research when making a decision.

Disclaimer: The opinion expressed here is not investment advice – it is provided for informational purposes only. It does not necessarily reflect the opinion of TheCryptoArea. Every investment and all trading involves risk, so you should always perform your own research prior to making decisions. We do not recommend investing money you cannot afford to lose.
Tags
bitcoin crypto ethereum shibinu
Related Article