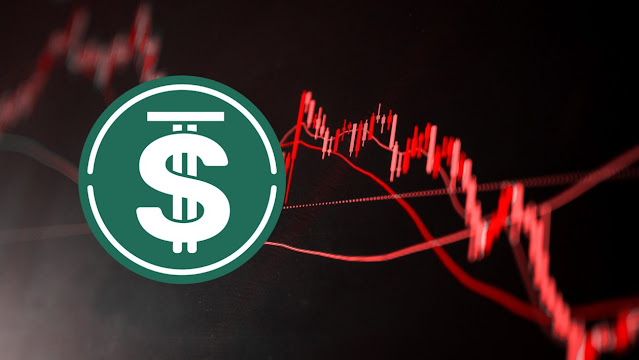 Although it is supposed to be pegged to the dollar. The stablecoin has been trading at a discount to the dollar since the end of October. However, the token hit an all-time low of $0.97 today. Apparently, after Sun’s massive trade, USDD is currently at $0.974, according to CMC.

With a current market valuation of $708 million, USDD is the ninth biggest stablecoin. Comparatively, market leaders Tether (USDT) and USD Coin (USDC) are light years ahead. The greatest of them is Tether, which is valued at around $65.7 billion.

Tron DAO Reserve whitelisted members may now generate new USDD stablecoins by burning native Tron tokens (TRX). In a similar vein, UST implemented a methodology in which the native LUNA token of the UST network may be burned in order to create a new UST.

According to the project’s white paper, Tron currently considers USDD to be over-collateralized, supported by Bitcoin, USD Coin, TRX, and other “highly liquid” tokens. In addition, USDD claims that there is a 200% over-collateralization of the token supply supporting the stablecoin.

However, this hybrid approach doesn’t seem to be inspiring much confidence among investors in light of the stablecoin’s prolonged episode of depegging, which includes today’s new low.

Disclaimer: The opinion expressed here is not investment advice – it is provided for informational purposes only. It does not necessarily reflect the opinion of TheCryptoArea. Every investment and all trading involves risk, so you should always perform your own research prior to making decisions. We do not recommend investing money you cannot afford to lose.
Advertisment
Tags
crypto exchanges news
Related Article