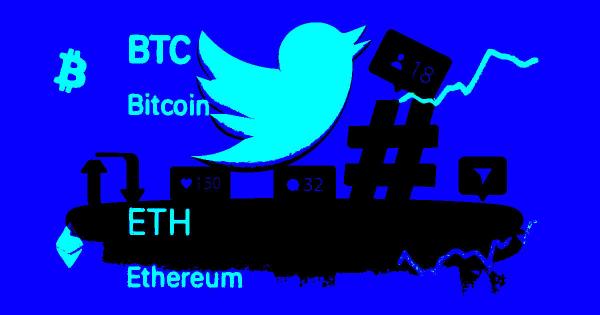 It is now possible to look for the current price of Bitcoin (BTC) and Ether (ETH) on the popular social media network Twitter by searching for their respective tickers or names. On December 21st, Twitter’s Business account announced the launch of a new feature that improves upon the previous “$Cashtags” approach.

The account said that anytime a significant stock, ETF, or cryptocurrency symbol is tweeted with a dollar sign in front of it, a link would appear in the search results that lead to a page with a graph showing the current price of the symbol.

The post also said that all you have to do to get the price chart is type in the ticker symbol of the stock or cryptocurrency you’re interested in. On the 22nd of December, shortly after the first tweet announcing the new function, Twitter CEO Elon Musk retweeted it, calling it “one of many product improvements coming to financial Twitter.”

Dogecoin Misses Out This Time

So far, Bitcoin and Ethereum are the only two cryptocurrencies with available price charts at the time of this writing. Some of the most popular cryptocurrencies, including Musk’s personal favorite, Dogecoin, were left out of the final list.

Twitter Business, however, has said that it plans to increase its symbol coverage and enhance the user experience “in the coming weeks.” A “View on Robinhood” link appears in the lower left corner of the price charts, indicating that the retail trading platform has collaborated with Twitter on this feature.

This takes users to Robinhood’s ETH price chart, which also includes a “Sign Up to Buy Ethereum” button just below the chart. For Bitcoin, the same references are supplied.

Disclaimer: The opinion expressed here is not investment advice – it is provided for informational purposes only. It does not necessarily reflect the opinion of TheCryptoArea. Every investment and all trading involves risk, so you should always perform your own research prior to making decisions. We do not recommend investing money you cannot afford to lose.
Tags
bitcoin crypto ethereum news technology
Related Article