Bitcoin is a decentralized financial technology that could replace fiat currencies across the globe. Because it holds such potential, Bitcoin price predictions reach as much as $1M. 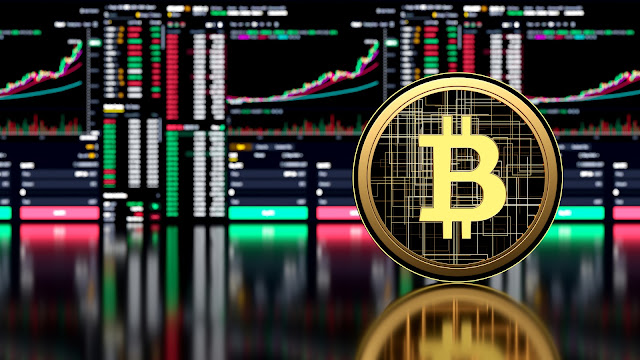 Bitcoin is the first cryptocurrency

to ever be created, sparking the birth of an entire industry and thousands upon thousands of alt-coins to be created in its image.

Not only is Bitcoin the first of its kind, but it has been designed to disrupt and replace paper-based fiat currencies to become the global digital currency used by the entire population, regardless of what country or region they live in. 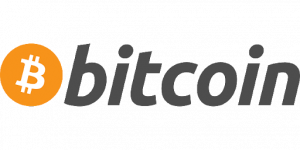 Because Bitcoin is so powerful and has so much potential, Bitcoin’s projected value and estimated growth could be astronomical. Speculation from crypto analysts and industry experts suggests that Bitcoin’s long term value could reach over $100,000 to as much as one million dollars per BTC in the future.

But when will Bitcoin reach such prices? This BTC price prediction guide will help investors answer questions like “how high will Bitcoin go” and “what could Bitcoin be worth in 10 years.”

Bitcoin was created by the mysterious Satoshi Nakamoto to be the first peer-to-peer electronic cash system. Because Bitcoin is peer-to-peer, it is considered decentralized and doesn’t require a controlling third party – such as a bank or government – to confirm or monitor transactions.

Instead, Bitcoin transactions are confirmed by miners who are rewarded with BTC for each block that is verified and added to the blockchain. This reward is what incentivizes miners to continue to confirm transactions and keep the Bitcoin network growing.

Every four years, Bitcoin’s block reward is reduced in half, resulting in miners receiving less and less BTC as time goes on. This is referred to by the crypto industry as a halving.

Bitcoin’s supply is hard-capped at 21 million BTC and combined with each block halving, gives Bitcoin a deflationary aspect and provides the asset with a scarcity similar to gold. In fact, Bitcoin has been commonly referred to as digital gold. 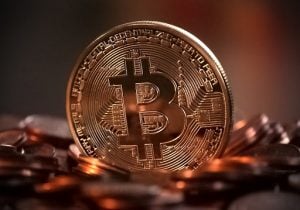 These unique properties are said to make Bitcoin not only a borderless transactional currency, but also a store of value, and even a safe haven asset during times of economic crisis.

Bitcoin was designed by Satoshi Nakamoto in the wake of the 2008 economic crisis, as a way to put power and control back into the hands of users and out of the reach from banks and governments that have long controlled the flow of money.

Together, all of these aspects make Bitcoin an incredible financial technology with the potential to change the world. And as a result, Bitcoin projected growth is expected to be substantial and reflect its true value as a global currency.

The History of Bitcoin Price Action

Bitcoin price today is trading at around $31,000, but given how volatile the asset is and its propensity to go on parabolic runs, Bitcoin price tomorrow could double from here or correct by another 80%.

Bitcoin started off its life virtually worthless, with a value of far less than a penny when the Bitcoin Core client code was released into the wild. Years later, it began trading at over $1,000 and started to be considered as a serious financial asset with long term potential.

In 2017, Bitcoin potential took the world by storm, as many became rich beyond their wildest dreams once Bitcoin reached its now former all-time high of $20,000 per BTC coin. Mainstream media ran BTC news story after story, causing retail investors to rush into buying the asset. 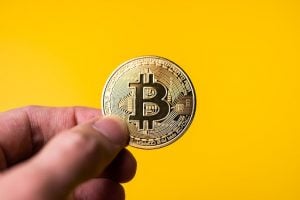 But once 2018 hit, a major Bitcoin trend change occurred, and the price started going down. Due to how volatile Bitcoin is, market price retraced as much as 80% down to $3,000 where it eventually bottomed, leaving many wondering “will Bitcoin go up in value ever again?” Others knew Bitcoin will rise again, and opened long positions at the bear market bottom.

In 2020, the Black Thursday crash took Bitcoin to under $4,000. But the stimulus efforts put forward by the US and other nations to combat the pandemic, inflated the money supply significantly putting Bitcoin in the financial spotlight.

Several experts have weighed in on their short and long-term price expectations for Bitcoin price. Here are some of the most popular Bitcoin price forecasts from top crypto industry experts.

Max Keiser, Financial Analyst and Host of The Keiser Report

Robert Kiyosaki, New York Times bestselling author of the book Rich Dad, Poor Dad has been recommending his followers buy gold and Bitcoin. He calls for gold to reach $3,000 an ounce, and Bitcoin to reach $75,000.

The popular Stock-to-Flow model created by Bitcoin expert Plan B which uses the asset’s digital scarcity to estimate price valuations in the future. The model shows Bitcoin reaching as high as $288,000 in the next cycle peak, which should take place over the next couple of years.

Adam Back, Bitcoin Developer and CEO at Blockstream

Bitcoin developer and early electronic cash pioneer Adam Back says that Bitcoin should reach as high as $300,000 over the next several years.

“[Bitcoin] might not require additional institutional adoption [to reach $300,000] because the current environment is causing more individuals to think about hedging [and] retaining value when there’s a lot of money printing in the world,” Back told Bloomberg.

Retrospective: Past Bitcoin Historical Price Predictions That Got It Right

BTC price forecasts aren’t easy to make, but several of leading industry experts have managed to make correct calls over the years.

Back in 2016, Vinny Lingham made a bold call that Bitcoin would reach between $2,000 and $3,000 in 2017, a more conservative call than Masters. Just like Masters, the call was trounced by Bitcoin’s explosive rally.

In one of the rare negative price predictions that came true, Peter Brandt called for Bitcoin to drop over 80% following a break of its parabolic advanced in early 2018. By the end of the year, that target was met and Bitcoin fell to $3,200.

Tim Draper has a knack for spotting the next big thing, and he’s heavily invested in crypto. The billionaire venture capitalist called for Bitcoin to reach $10,000 by 2018 all the way back in 2014. The visionary was right once again, and the year prior the asset doubled that projection.

Bloomberg Research recently released a new report on the future of Bitcoin as an investment. The major media hub and finance terminal says that Bitcoin should reach $12,000 and $20,000 by the end of 2020. Both predictions were accurate. 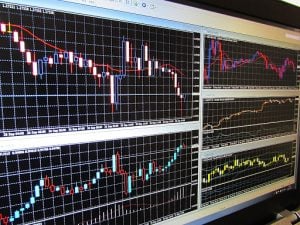 Based on the predictions of industry experts and big-name investors, it’s easy to see that Bitcoin growth could be enormous considering current prices near $44,000. However, how and when Bitcoin price will reach such lofty predictions is unclear. Crypto analysts often perform technical analysis in order to predict price movements and when they may occur. We’ve gathered some of the best technical analyses from the industry’s best analysts in order to further help understand how high Bitcoin can go.

After the bull market peak is eventually put in, the next couple of years in Bitcoin could be a bear market once again. If that happens, switching to shorting each bounce is the best strategy. Bitcoin’s bear market bottom would be somewhere around current levels leading back to the former ATH of 2017.

Markets are cyclical, and Bitcoin tends to cycle every four years with each halving. With another halving ahead in 2024, the price of Bitcoin will begin to increase again as the supply is further slashed. This could start another bull market again and lead to prices of near $500,000 or millions as experts are predicting.

Considering all of the massive price projections and forecasts from industry experts that suggest Bitcoin will someday replace all currencies across the globe, it’s easy to see what so many are bullish on Bitcoin, and why Bitcoin price predictions can reach such high numbers, ranging from thousands to even over $1 million dollars per BTC.

The revolutionary technology has sparked an entire industry aimed at disrupting traditional finance, and cryptocurrencies are already well on their way to widespread adoption and regular use by the mainstream public. 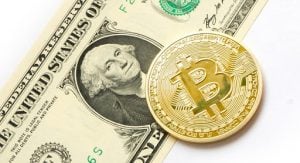 Bitcoin is accepted most places these days, and can even be purchased at grocery stores through Coinstar machines. It is now offered through PayPal, Venmo, and the likes of VISA are now supporting it. Institutions and corporations are now investing in BTC.

However, given the price predictions in this article, it’s never too late to invest in or trade Bitcoin and take advantage of its volatility.

The below prediction chart outlines some of the minimum and maximum BTC price forecasts offered by technical analysts and industry experts in an easy to digest format.

Give the lows and highs in recent years, as well as the lows and highs predicted by industry analysts and experts, it’s easy to see how opening a short or long position using 100x leverage to trade Bitcoin’s volatile price swings can be extremely profitable, and even more profitable than investing itself.

Traders can take advantage of such tools provided by trading platforms like PrimeXBT, and open positions with up to 100x leverage on the BTC/USD pair. BTC is also paired with other altcoins such as Ethereum, Litecoin, Ripple, and EOS. PrimeXBT also offers traditional assets such as the most popular forex currencies, commodities, stock indices, and spot contracts for gold and silver.

With Bitcoin about to take off on yet another bull run, the opportunity to profit has never been greater. And with Bitcoin price expected to reach $100,000 to as much as $1 million per BTC, it’s never too late to get started trading Bitcoin.

Disclaimer: The opinion expressed here is not investment advice – it is provided for informational purposes only. It does not necessarily reflect the opinion of TheCryptoArea. Every investment and all trading involves risk, so you should always perform your own research prior to making decisions. We do not recommend investing money you cannot afford to lose.
Tags
bitcoin crypto investing mediaroom news
Related Article