The asset has made gains in the last 3 days and is on track to print a fourth consecutive winning candle. 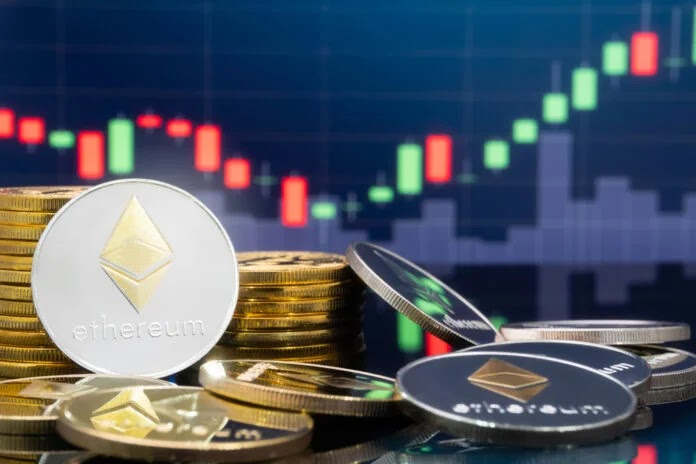 Ethereum (ETH) is making silent moves following last year’s underperformance as it looks to reclaim the $1,300 price point after securing three consecutive winning sessions since the beginning of 2023. The asset started the day on a bullish note after testing the support at $1,205 yesterday. An increase of 1.55% was registered in the morning, as ETH captured the $1,250 territory.

The previous year remains one of the worst for Ethereum and other digital assets, as investors’ confidence declined amidst several implosions that led to user funds losses. Notwithstanding, ETH has begun the new year with promising moves, having increased by 4.5% since January 1.

The asset gained 0.35% on New Year’s Day, followed by a 1.15% increase on January 2. Despite testing the support at $1,205 on January 3, ETH closed the day with a meager 0.05% increase. Having gained by 2.85% in the past 24 hours as of press time, the asset is on track to print its fourth consecutive winning candle.

Within this slow but gradual progress is a mission to reclaim the $1,300 price point for the first time since December 15, 2022. The asset has conquered all three crucial resistance points in the journey to capture $1,300. Notwithstanding, to reach the price point, ETH needs to hold above the third resistance point at $1,245 despite the swings of the bears. A move toward $1,270 is a bullish case for the asset.

ETH Needs To Hold Above Its Resistance Points

However, if the bears batter ETH below the three major resistance points, they would see the asset test the pivot price at $1,213. Falling below $1,213 would see it retest the support at $1,205.

Yesterday, seasoned analyst Michaël van de Popped highlighted the importance of a rise above the territory at $1,205, as trading below it would mark the onset of a bearish trend for Ethereum.

If ETH should sink below the first significant support at $1,205, the asset could drop below $1,200 to the second support sitting at $1,197. The third major support at $1,181 could play out in an extended selloff. The last time ETH saw this level was on December 30, last year.

Last month, prominent crypto analyst il Capo of Crypto reiterated his $600-650 ETH price bottom prediction. About a week ago, reports suggested that ETH whales had sold off or redistributed $1B worth of ETH in 8 days. ETH is currently changing hands at $1,250.66 at the time of reporting, up 4.56% in the past week.

Disclaimer: The opinion expressed here is not investment advice – it is provided for informational purposes only. It does not necessarily reflect the opinion of TheCryptoArea. Every investment and all trading involves risk, so you should always perform your own research prior to making decisions. We do not recommend investing money you cannot afford to lose.
Tags
crypto ethereum news
Related Article