LOS ANGELES and SAO PAULO, Jan. 18, 2023 /PRNewswire/ -- Unicorn Hunters, the groundbreaking series that connects entrepreneurs seeking funding with millions of potential investors around the world, announced it is now airing on Jovem Pan News - TV station- and Panflix- OTT- of Brazil's leading media conglomerate with an estimated total reach of 50 million Brazilians. The Unicorn Hunters show airs on Sundays at 5:30 pm local time, giving millions of people in Brazil the opportunity to invest in pre-IPO opportunities that were previously reserved for Wall Street and Silicon Valley insiders. The series is produced in Hollywood by reality TV icon Craig Plestis (I Can See Your Voice, The Masked Singer).

"Entering Brazil, a regional leader in innovation, and especially São Paulo, 4th in the global fintech ranking according to Startup Ecosystem Report 2022, sets an important milestone in our objective of becoming the most impactful business series in the world and democratizing wealth creation," said Silvina Moschini, Founder, Chairwoman and President of Unicorn Hunters. "Our partnership with Jovem Pan will undoubtedly create opportunities for Brazil´s growing individual investors by providing transparent access to select pre-IPO companies." 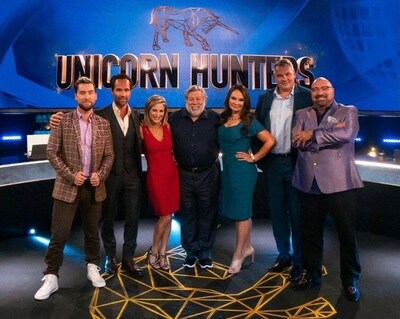 "For Jovem Pan, it is important to bring its audiences content that combines an innovative format with education and entertainment. Unicorn Hunters does that by focusing on entrepreneurship, investing, and crypto assets," said Tuta Neto, New Business Director for Grupo Jovem Pan. "Adding Unicorn Hunters to our programming allows us to bring the Brazilian audience closer to what is happening in the world." 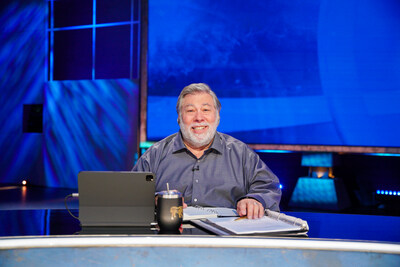 Unicorn Hunters, a global platform that connects companies looking for expansion capital to achieve a billion-dollar valuation with millions of investors around the world, pioneered a new genre — enrichtainment — that combines entertainment with the wealth-growth potential for individual investors. Its cast, known as the "Circle of Money," includes Steve Wozniak, co-founder of Apple, celebrity entrepreneurs Lance Bass and Chris Diamantopoulos, policymakers Rosie Rios, former Treasurer of the United States, and other special guests.

In February 2022, Unicorn Hunters launched Unicoin its official cryptocurrency, which is a next-generation coin designed to solve extreme volatility, the major problem of traditional tokens. Unicoin is assets-backed and intended to be dividend-paying, and this differentiation is especially relevant in today's cryptocurrency market, which has experienced an unprecedented downturn.

The Unicorn Hunters show has a global reach, streaming on various platforms including Claro Video, one of the largest streaming platforms in Spanish-speaking Latin America, The News Forum in Canada, and Expansion in Mexico. It is also available on demand on UnicornHunters.com, LinkedIn Broadcast, Binge Networks, Facebook Video, YouTube, and Vimeo.

Unicorn Hunters is a pioneering global platform that democratizes access to funding, giving founders the possibility to raise expansion capital from millions of viewers around the world, and gives people the opportunity to invest in pre-IPO opportunities alongside business luminaries, like Steve Wozniak, the co-founder of Apple.

Jovem Pan is one of the most traditional media groups in Brazil, with 80 years of history. They have 120 radio stations, a cable TV channel and digital distribution through both YouTube channels and a proprietary platform, Panflix. With a reach of more than 50 million people monthly, on different platforms, Jovem Pan Group is a reference in the production of multiplatform content in the pillars of news, entertainment, and sports.

Disclaimer: The opinion expressed here is not investment advice – it is provided for informational purposes only. It does not necessarily reflect the opinion of TheCryptoArea. Every investment and all trading involves risk, so you should always perform your own research prior to making decisions. We do not recommend investing money you cannot afford to lose.
Tags
crypto investing mediaroom news PR
Related Article