Chaudhry January 17, 2023
New season of Unicorn Hunters begins with a special episode that explores in detail the full potential of the new cryptocurrency 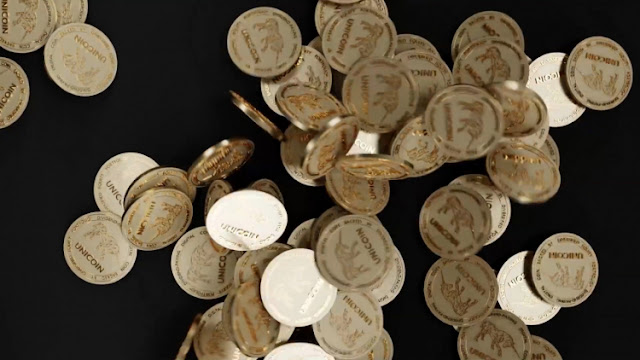 “I thought they provided answers for those who are experts in cryptocurrencies and also for those who are not” , says Chris Diamantopoulos, in the final moments of the new episode of Unicorn Hunters , the business series that has been revolutionizing the way investors connect with cryptocurrency companies. high potential since May 2021.  This is a pioneering reality show of the “enrichtainment” genre (combination of entertainment and wealth generation) through which companies with a disruptive and innovative profile in the sectors of biotechnology, artificial intelligence, solutions for climate change and fitness have passed , among many others. Unlike the other episodes of the show, the first episode of the new season is focused onUnicoin , a state-of-the-art cryptocurrency designed to avoid the volatility so characteristic of other digital assets . Diamantopoulos, social entrepreneur and actor known for his role in the HBO series “Silicon Valley”, is the host of this special and the “hunters”, each in their own way, reveal what it is, how it works and why to invest in Unicoin .

“It was created by an anonymous person to maintain the anonymity of people who wanted to hide financial transactions. While anonymity has proven to be in significant demand in the market, there are many more investors interested in stability and returns. ” The answer from Alex Konanykhin, CEO of Transparent Business and one of the creators of the program, about bitcoin clarifies the frequent doubts of many people on both sides of the screen. Unicoin's strengths are quickly becoming clear . But it's not just Konanykhin who has definitions of crypto that seeks to connect potential investors with the unicorn companies of the coming years. Rosie Rios , former head of the US Treasury and one of the members of the jury, does not shy away from questions about the state of affairs in the cryptocurrency universe. “ We all know that when interest rates rise, investments change,” she notes. After characterizing Bitcoin as a floating asset , she takes the position: “ Everyone has to assess their own level of risk, but I like the fact that Unicoin is a securitized digital asset, linked to emerging growth companies and this program ”.

Why Unicoin and why now?

Research shows that 83% of millionaires under 40 have invested in some blockchain-backed cryptocurrency, and this year Joe Biden became the first US president to sign an executive order for the Federal Reserve to regulate digital currencies. These are just two pieces of data illustrating global trends in cryptocurrency expansion and appearing on screen as Diamantopoulos, in his role as presenter, discusses issues with each member of the Circle of Money . Silvina Moschini , a noted entrepreneur, co-founder and president of Unicoin, is tasked with answering a seemingly simple question: “What would you say to encourage someone to invest in this cryptocurrency?” . “ One of the things to consider is who is behind the company you invest in. And you must consider the size of the opportunity. When you join a company early, as we are now doing with Unicoin, at 10 cents on the dollar, you have a significant opportunity to multiply your profits exponentially ,” explains Moschini. In addition to Konanykhin, Ríos, and Moschini, the Unicorn Hunters Circle of Money is comprised of Cris Carter , NFL legend and Hall of Famer , Lance Bass , artist and investor, and Moe Vela , former Senior White House Counsel.

Disclaimer: The opinion expressed here is not investment advice – it is provided for informational purposes only. It does not necessarily reflect the opinion of TheCryptoArea. Every investment and all trading involves risk, so you should always perform your own research prior to making decisions. We do not recommend investing money you cannot afford to lose.
Tags
crypto exchanges news
Related Article