Set up a wallet

A digital currency wallet such as Bitcoin, Litecoin, Ethereum, Ripple & Co keeps the private keys that each user needs to access a Bitcoin address and receive or send funds. There are several ways to keep Bitcoins and other digital currencies safe while receiving an address. The following options for storing digital currencies are available to the user:


4 Hardware Wallet        5-Paper Wallet
Bitcoins are a state-of-the-art equivalent to cash. Every day, the number of companies that accept Bitcoin as a means of payment is increasing. In addition to knowing how to mine bitcoins and how to conduct a bitcoin transaction, it is essential to understand the various ways in which Bitcoin can be stored.
From a technical perspective, strictly speaking, you do not keep any bitcoins, but you keep the digital keys (keys) that allow you to access a public Bitcoin address and authorize a transaction. This information about the digital keys is kept in a Bitcoin wallet. As shown above, Bitcoin wallets can be divided into five different categories, whose properties are described in more detail below.

Anyone who has already installed an original Bitcoin client (Bitcoin Core Wallet) is already using a wallet – maybe without knowing it. In addition to routing transactions over the network, the software can generate a Bitcoin address to receive and send Bitcoin credit and retain the associated keys.
However, there are plenty of other desktop wallets that offer different features. MultiBit runs on Windows, Mac OS X and Linux. Hive is a Mac OS X based wallet with a few unique features including an app store with access to various Bitcoin services. Some desktop wallets, however, are aimed solely at security: the provider Armory falls into exactly this category. Other wallets such as DarkWallet rely on anonymity. This wallet is a browser plug-in that uses a so-called coin blender to exchange users’ credit, making tracking difficult and obscuring identity.

Desktop wallets are very impractical when it comes to paying in shops or on the street with Bitcoin. This is where the mobile wallets come into play. Mobile wallets are installed as an app on the smartphone and store the private keys directly on the mobile device. This means that bitcoins can be received and sent within seconds using the mobile phone.
Some mobile Bitcoin wallets even support Near Field Communication (NFC) technology. In this case, the smartphone only has to be held to the terminal and does not require a scanned QR code or a Bitcoin address.
However, all mobile wallets have one thing in common: they are not fully-fledged Bitcoin clients because they would need to download the ever-growing and now gigabyte blockchain. This would probably break the data volume of many mobile phone users and is therefore not marketable. That’s why nearly all mobile wallets use Simplified Payment Verification (SPV), which only downloads a small portion of the blockchain, but which is perfectly adequate for a secure transaction.
Android and iOS wallets include Jaxx (Bitcoin, Ethereum Litecoin, Dash and more), Bread Wallet, Bitcoin Wallet, Mycelium, Xapo and Blockchain. They store the keys encrypted on the mobile phone and also create a web-based backup.

Web-based wallets store the private keys online on a server managed by an external party. A big advantage of online wallets is their availability. All you need is internet access on a mobile device. A disadvantage of online wallets, however, is that the keys are managed by external companies. Accordingly, the user can not check himself whether the servers of the provider are sufficiently secured. In addition, the external provider has theoretically full control over the users’ Bitcoin inventory.
Coinbase is a worldwide bitcoin exchange and a bitcoin wallet at the same time. Users from the US and Europe can buy and keep Bitcoin here. Circle also offers its users the opportunity to buy and keep Bitcoins worldwide. In the US, users can connect their bank account directly to the platform to buy Bitcoin. European users can buy bitcoins by credit card. Blockchain is also a well-known provider with millions of users.
Strongcoin even offers a hybrid solution. Here, the keys are first encrypted via the browser before they are stored in the online wallet.

Hardware wallets are still very limited. They offer the option of electronically depositing private keys and making payments, and are considered to be one of the safest ways to store your digital currencies.

The current Ledger nano-S supports a variety of digital currencies. Below: Bitcoin, Litecoin, Ether, Ripple, Dash, NEO and much more.

One of the best-known and cheapest methods for the safekeeping of bitcoins are paper wallets. There are many different providers of paper wallets who create a bitcoin address for users and print it on paper using two QR codes: a QR code includes a public address to receive bitcoins and the other contains QR code the private key for storing and sending bitcoins.
Tutorial – how to create a paper wallet 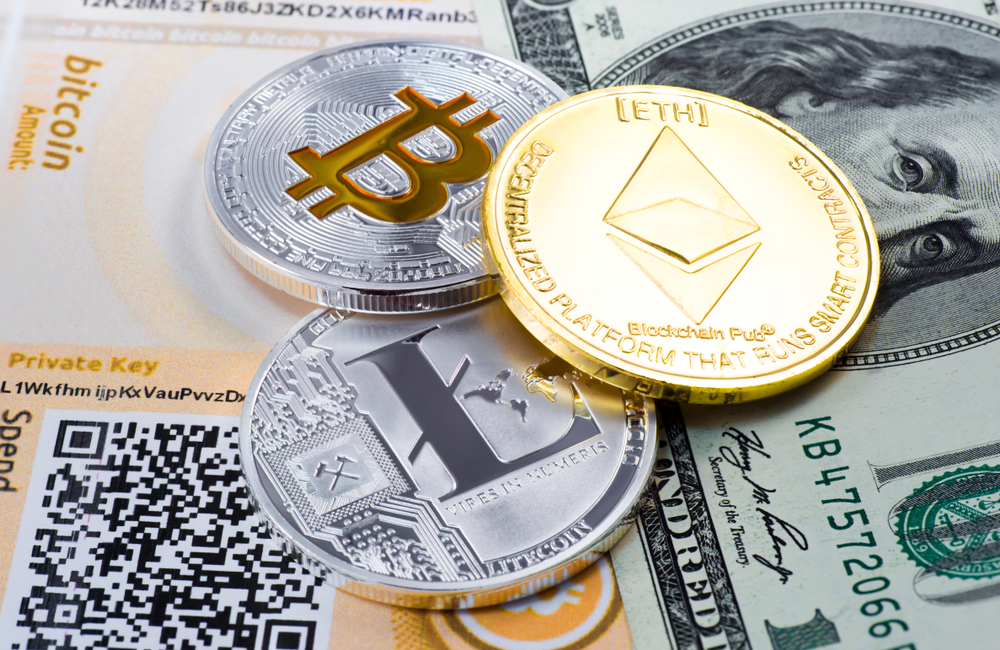 A big advantage of Bitcoin Paper Wallets is that the private keys are kept 100% off-line and therefore not a target for cyberattacks.

The security of Bitcoin wallets is closely related to the caution of the user. The private key is the only way to access Bitcoins in a wallet. If the user loses the key to his wallet, he also loses the bitcoins in the affected wallet. Wallets are therefore safe only to the extent that the keys to them are kept safe. As long as nobody gains access to the keys, no one comes to the Bitcoins in the wallet.

On the one hand, the whole Bitcoin network is anonymous. On the other hand, all transactions with their associated Bitcoin addresses are documented transparently and comprehensibly in the blockchain. Accordingly, it is correct to call Bitcoin pseudoanonymous rather than anonymous.
While some businesses and government agencies are keen to track transactions, other companies are committed to making transactions through stealth addresses and coin-mixing almost traceable
All Images by Shutterstock