‘In Crypto We Trust’: Circle CEO Pumps Blockchain at IMF Meeting - The Crypto Area | The Future of Money
About us FAQ Submit PR Submit Article Set up a wallet Market Update What Is Crypto ? There is little doubt that digital payments tools – including bitcoin and other cryptocurrency projects – are transforming the way consumers make transactions. However, even the best digital technologies will fail if users don’t trust them.
This was the resounding message at the International Monetary Fund’s spring meeting held in Washington, D.C. on Wednesday.

LAGARDE: CONSUMERS ARE DUMPING THEIR CASH


Called “Money and Payments in the Digital Age,” one discussion included representatives from central banks and tech startups. Panelists shared their thoughts about how the economy was being reshaped by cryptocurrency and other digital technologies.
IMF Managing Director Christine Lagarde noted that cash usage is on the decline in countries around the world. For example, in Sweden a mere 13% of transactions were settled in cash last year, she said.
Consumers increasingly use their smartphones to make purchases with digital payment platforms, even if bitcoin hasn’t quite caught on as a payment instrument.

IMF ✔@IMFNews
· 20h
LIVE: A conversation on money and payments in the digital age moderated by @Lagarde. Tune in: http://ow.ly/pTZh50p6kSI  #DigitalPayments #IMFmeetings 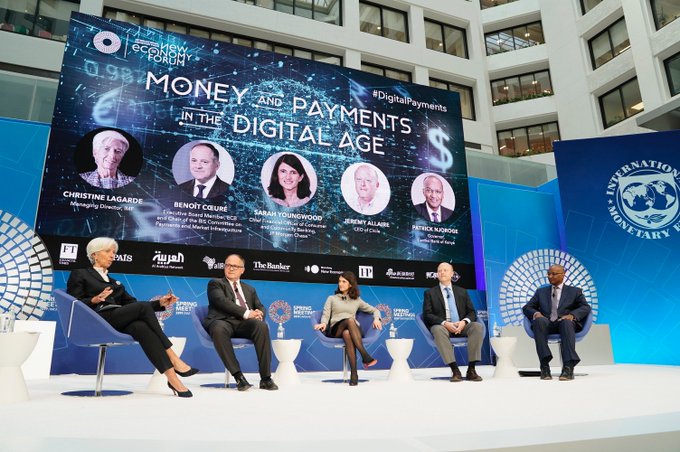 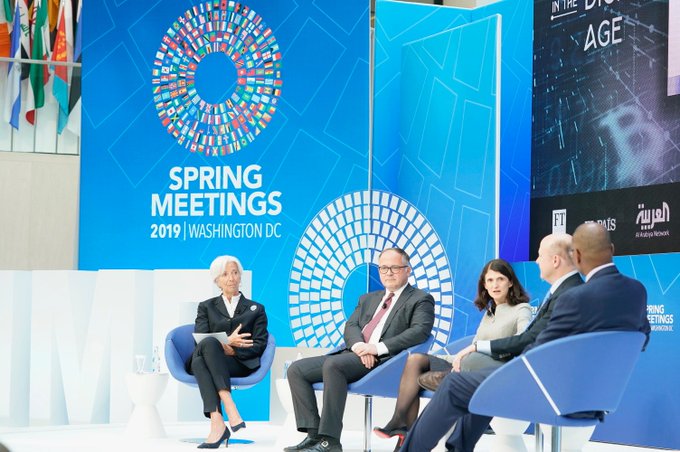 36 people are talking about this
This presents a dilemma for banks. Lagarde has said central banks should consider digital currencies. On Wednesday, she added:

Jeremy Allaire, co-founder and CEO of crypto unicorn Circle, used the panel as an opportunity to explain why cryptocurrencies like bitcoin are such attractive assets.

Saying “in crypto we trust” is an effective way of saying “we believe in math”, according to Allaire. He added that since it is rooted firmly in mathematics, cryptography is a secure means to build decentralized systems. In other words, it’s trustworthy.
Circle operates a cryptocurrency exchange and is also an issuer of the USDC stablecoin.
Sarah Youngwood, the CFO of JP Morgan’s Consumer and Community Banking division, also chimed in on the usefulness of blockchain.

“With blockchain, we can put the information on the ledger so we can clear that this is a good actor and good transaction immediately instead of waiting for confirmation from [traditional means].”

JPMorgan, as CCN reported, is currently hard at work on a blockchain-based digital currency that it plans to issue to its corporate clients.
When it comes to who consumers trust with their money, Youngwood argued that financial institutions are more trusted than governments – and even technology companies.
Next Post Previous Post
blockchain,crypto,news