Singapore Slams OneCoin Promoters Behind Multi-Billion ‘Crypto’ Scam - The Crypto Area | The Future of Money
About us FAQ Submit PR Submit Article Set up a wallet Market Update What Is Crypto ? Singapore has joined a growing list of countries cracking down on the promoters of the multi-billion dollar OneCoin pyramid scheme.
The Business Times reports that investigations conducted by the Singapore Police Force (SPF) hav resulted in two men being charged for promoting OneCoin cryptocurrency. One of the men also faced another charge of incorporating a firm known as One Concept Pte. The firm was allegedly used multi-level marketing techniques in promoting the fraudulent cryptocurrency.
Like in other parts of the world where the OneCoin scam was perpetrated the SPF said locals were lured to take part in the scheme with offers of promotional tokens after purchasing online educational courses. And as multi-level marketing schemes go, participants were given incentives to recruit others, per the SPF:

The promotional tokens could be used to ‘mine’ for OneCoins. Participants who brought in new participants were also entitled to overriding commissions in contravention of the Multi-Level Marketing and Pyramid Selling (Prohibition) Act.

SCAM ORIGINATED IN BULGARIA BUT RINGLEADER COULD SERVE TIME IN THE U.S.

Though the OneCoin scam first gained attention four years ago, it’s only been a month since its ringleader was apprehended. As reported by CCN, the ringleader Konstantin Ignatov was arrested at the Los Angeles International Airport on March 6. He is currently being held at the Metropolitan Correctional Center, New York. Where Konstantin Ignatov is being held | Source: Federal Bureau of Prisons
Among other things, the United States Attorney’s Office for the Southern District of New York dubbed it a ‘pyramid scheme based on smoke and mirrors more than zeroes and ones’. Additionally, OneCoin was found not to be a true and verifiable blockchain like other cryptocurrencies.
The FBI Assistant Director-in-Charge William Sweeney, Jr. stated after the arrest of Ignatov:

Unlike authentic cryptocurrencies, which maintain records of their investors’ transaction history, OneCoin had no real value.  It offered investors no method of tracing their money, and it could not be used to purchase anything.

Ignatov’s initial hearing will be held towards the end of this month.
View image on Twitter 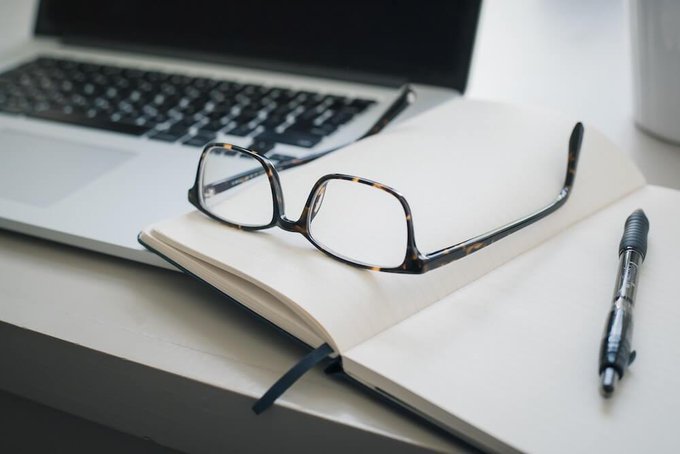 Though Ignatov has become OneCoin’s face, the fraudulent cryptocurrency was founded in 2014 in Bulgaria by his sister Ruja Ignatova. She also served as the original leader of OneCoin before disappearing from public view in late 2017. It was then that Ignatov gained a high-level position at OneCoin. He became the top leader mid last year per the U.S. Attorney’s Office for the Southern District of New York.
As Ignatov gears up for the initial hearing, he may take comfort in the caliber of his legal defense team. The team is being headed by New York-based criminal defense lawyer Jeffrey Lichtman. Among Lichtman’s notable clients include Mexican drug kingpin Joaquin ‘El Chapo’ Guzman and Gambino crime family boss, John Gotti Jr. 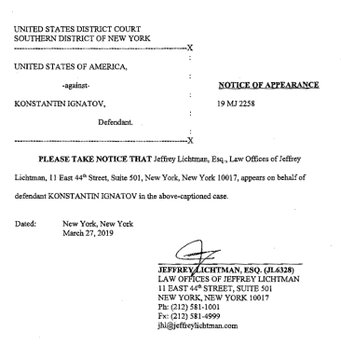 ᑎIᑕKOᒪᗩY ᔕTOYᗩᑎOᐯ@Svrakata
Konstantin Ignatov's initial hearing on US charges for conspiracy to commit wire fraud using OneCoin set for 26 April. He will be represented by Jeffrey Lichtman, who famously defended likes of John Gotti Jr. and El Chappo...
9
5:37 PM - Mar 28, 2019

Singapore is hardly the only country to charge OneCoin promoters; just the latest jurisdiction to take this step. In China where OneCoin goes by the name Weika Coin, 98 individuals were charged in May 2018 over the scam. And roughly two years ago, India filed charges against 22 OneCoin promoters.
Besides prosecutions, there have been other actions taken against OneCoin promoters such as fines and warnings. Investigations are also ongoing around the world.
Source