B2C2 founder: unregulated crypto businesses “will keep doing well,” but the 2020 election might change that 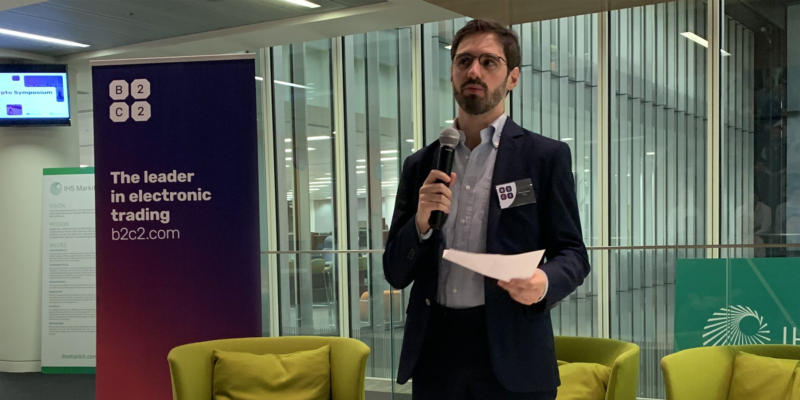 Low regulatory risk has incentivized cryptocurrency businesses to not play by the book and still be very successful, but the 2020 U.S. presidential election may make a difference, according to B2C2 founder Max Boonen.
In a recent The Scoop podcast, Boonen said cryptocurrency businesses that decide to avoid regulations and have relaxed KYC have been “extremely successful” due to low regulatory risk, mentioning EOS and Bitfinex as examples. In September, Block.one, the company behind the EOS blockchain, settled with the Securities and Exchange Commission (SEC) for conducting an unregistered initial coin offering (ICO). While the company would pay $24 million in penalties for the settlement, it raised $4.1 billion from the ICO. In 2016, Bitfinex was ordered to pay a $75,000 fine to the U.S. Commodity Futures Trading Commission (CFTC) for offering illegal off-exchange financed retail commodities trading.
“I would think that based on history, the regulatory risk is not that high,” said Boonen. “Because at the end of the day, if you don't touch the mighty U.S. dollar at any point, you know, what can they do to you?”
However, Boonen noted that the 2020 presidential election may increase the cost of running illegal cryptocurrency businesses. As other countries like Singapore and China are pushing for more blockchain-friendly policies, the U.S. may feel pressured to retain their cryptocurrency businesses within the country, according to Boonen.
“We know one of the main contenders on the Democratic side is very pro-regulation. You know, I'm sure for proper reasons. I'm not saying it's a bad platform, but that might actually have consequences in terms of industry,” said Boonen.
In 2018, presidential candidate Elizabeth Warren warned in a Senate Banking Committee hearing the prevalence of scams in the cryptocurrency space. “The challenge is how to nurture productive aspects of crypto with protecting consumers,” she said at the time.
Meanwhile, China's president Xi recently applauded the blockchain technology in a high profile government meeting. This is followed by local governments in several major Chinese cities initiated crackdowns on cryptocurrency-related activities.