Canadian Regulator Green-Lights Bitcoin Fund IPO - The Crypto Area | The Future of Money
About us FAQ Submit PR Submit Article Set up a wallet Market Update What Is Crypto ? 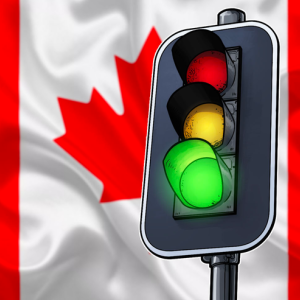 The Bitcoin Fund’s initial public offering (IPO) filing has been accepted by Canada’s Ontario Securities Commission. Despite previously rejecting it, the Canadian regulator finally accepted the fund’s IPO prospectus after a public hearing and a favorable ruling.
The Bitcoin Fund IPO
Crypto-focused Canadian investment fund manager 3IQ Corp. announced on Thursday that it has filed a preliminary prospectus for the IPO of The Bitcoin Fund. More importantly, the prospectus dated Nov. 27 has been receipted by the Ontario Securities Commission (OSC) after previously rejecting it. The IPO will offer two classes of units at $10 each.
The Bitcoin Fund is a closed-end investment fund established as a trust under Ontario’s laws, the company explained, adding that “the units will be an eligible qualified investment for registered investment accounts.” The fund’s investment objectives are to provide investors with long-term capital appreciation and exposure to bitcoin and its daily price movement in USD, the announcement details.

Founded in 2012, 3IQ already manages two other private digital asset funds for accredited investors in Canada. It will act as The Bitcoin Fund’s investment and portfolio manager. The crypto-focused company has been working to bring a public bitcoin fund to market for Canadian retail investors since 2016.

Success After a Long Battle

3IQ Corp. originally filed a preliminary prospectus for the IPO of The Bitcoin Fund with the OSC’s Investment Funds & Structures Projects branch (IFSP) in October last year. However, the staff raised a number of concerns after reviewing it, arguing that the fund was not in the public interest of Canadians. This resulted in the IFSP director rejecting the fund’s prospectus in February. The company then requested a hearing and a review of this decision. After a public hearing and several meetings, OSC Commissioner Lawrence P. Haber ruled that the staff’s concerns “do not warrant denying a receipt for The Bitcoin Fund’s prospectus.” The commissioner believes that it is not the role of securities regulators to approve or disapprove of the merits of the underlying investment being offered to the public — bitcoin in this case. Among other bullish statements, he said, “there is sufficient evidence of real volume and real trading in bitcoin on registered exchanges in large dollar size.” After addressing each point of concern raised by the staff, the commissioner ordered the IFSP director to issue a receipt for the fund’s prospectus unless new evidence was found to warrant a rejection. Several weeks later, the company announced that the regulator has finally issued a receipt for the fund’s prospectus.
Nonetheless, the staff noted that “there are remaining steps for completion before a final offering prospectus can be receipted.” Particularly, Commissioner Haber’s order reveals that the final prospectus would include additional information regarding the offering such as pricing information and details regarding underwriters. The order further states:

3IQ also confirmed that it does intend to offer units of the fund to Canadian retail investors in all provinces and territories of Canada.

The company has clarified that the preliminary prospectus is subject to completion or amendment, and the sale will commence after the regulator has issued a receipt for the final prospectus.
What do you think of the OSC finally accepting the IPO filing for The Bitcoin Fund? Let us know in the comments section below.
Images courtesy of Shutterstock.
Did you know you can buy and sell BCH privately using our noncustodial, peer-to-peer Local Bitcoin Cash trading platform? The local.Bitcoin.com marketplace has thousands of participants from all around the world trading BCH right now. And if you need a bitcoin wallet to securely store your coins, you can download one from us here.
The post Canadian Regulator Green-Lights Bitcoin Fund IPO appeared first on Bitcoin News.

Bitcoin.com
Bitcoin.com is author of this content, www.cryptoarea.info  is is not responsible for the content of external sites.