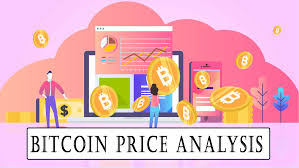 The leading coin is trading downwards within several key resistances such as the $7.4K against the United States Dollar. Bitcoin seems to be gaining momentum for a bullish continuation patterns beyond the current $6,950 support.A near short term bottom is forming at the ket support area of $6,900 Bitcoin  against the United States Dollar. There are Higher chances of Bitcoin finding stability near the $7K and setting off into an upside correction.

The coin previously huttled towards a decent upside correction from yesterday’s $6,535 low against the United States Dollar. Before developing a gradual gain towards the $6,800 and $7000 resistance levels.  Infact, Bitcoin surged above the $7,200 resistance as well as the 100 hourly simple moving average. However, the coin’s price has been struggling above $7,375 and $7,400 resistance levels. Furthermore , a high began to form close to the $7,372 and the price trimmed a few prices to the weekly gains. On the other hand, trading sideways below the $7,200 level and the 100 hourly SMA. Furthermore, the markets noticed a break below the 23.6% Fibonacci retracement level of the recent upward correction from a $6,535 low to a $7,372 high.
Meanwhile, the price is likely to resume its declining trend, incase of a downside break and close down the $6,950. The next support will be near the $6,660 and $6,540 levels. On the upside, beyond the $6,950 key support, there is an initial resistance formation near the $7,150 level and the 100 hourly Simple moving average. Significantly, a bullish flag could probably form with resistance around the $7,170 on the hourly BTC/USD pair chart. Hence, the chances of more upsides, price corrections and recovery are on the cars, incase the upside breaks beyond the $7,200 price hurdle.
Nevertheless, the key reistsane area is near the $7,375 and $7,400 levels. Additionally, a successful close and follow through is taking shape beyond the $7,400 and could most likely create momentum for a strong price recovery.