12 most popular types of cryptocurrency

Bitcoin gets all the headlines when people talk about cryptocurrencies, but there are literally thousands of other options when it comes to these digital currencies. In fact, cryptos that aren’t Bitcoin are usually considered an “also ran” – what are called “altcoins,” or alternatives to Bitcoin. 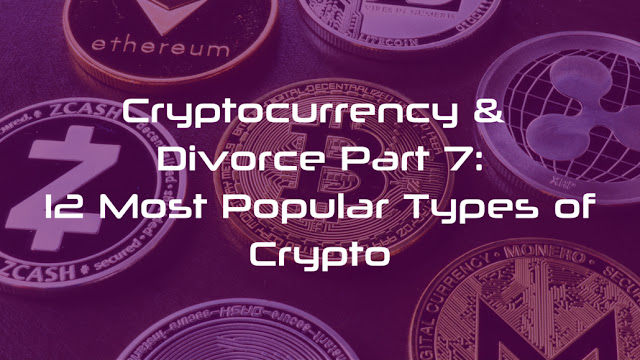 While Bitcoin may have been the first major cryptocurrency to hit the market – it debuted in 2009 – many others have become highly popular, even if not quite as large as the original.

Here are the largest cryptocurrencies by the total dollar value of the coins in existence, that is, the market capitalization, or market cap. Data is from CoinMarketCap.com, as of March 24, 2022.

As the harbinger of the cryptocurrency era, Bitcoin is still the coin people generally reference when they talk about digital currency. Its mysterious creator — allegedly Satoshi Nakamoto — debuted the currency in 2009 and it’s been on a roller-coaster ride since then. However, it wasn’t until 2017 that the cryptocurrency broke into popular consciousness.

Ethereum — the name for the cryptocurrency platform — is the second name you’re most likely to recognize in the crypto space. The system allows you to use ether (the currency) to perform a number of functions, but the smart contract aspect of Ethereum helps make it a popular currency.

Tether’s price is anchored at $1 per coin. That’s because it is what’s called a stablecoin. Stablecoins are tied to the value of a specific asset, in Tether’s case, the U.S. Dollar. Tether often acts as a medium when traders move from one cryptocurrency to another. Rather than move back to dollars, they use Tether. However, some people are concerned that Tether isn’t safely backed by dollars held in reserve but instead uses a short-term form of unsecured debt.

Binance Coin is the cryptocurrency issued by Binance, among the largest crypto exchanges in the world. While originally created as a token to pay for discounted trades, Binance Coin can now be used for payments as well as purchasing various goods and services.

Like Tether, USD Coin is a stablecoin pegged to the dollar, meaning that its value should not fluctuate. The currency’s founders say that it’s backed by fully reserved assets or those with “equivalent fair value” and those assets are held in accounts with regulated U.S. institutions.

Formerly known as Ripple and created in 2012, XRP offers a way to pay in many different real-world currencies. Ripple can be useful in cross-border transactions and uses a trust-less mechanism to facilitate payments.

Using its currency Luna, Terra is a platform that helps backstop a range of stablecoins based on real currencies such as the dollar or euro. Terra helps stabilize the price of stablecoins through various technical means, and it also supports smart contracts.

Cardano is the cryptocurrency platform behind ada, the name of the currency. Created by the co-founder of Ethereum, Cardano also uses smart contracts, enabling identity management.

Launched in March 2020, Solana is a newer cryptocurrency and it touts its speed at completing transactions and the overall robustness of its “web-scale” platform. The issuance of the currency, called SOL, is capped at 480 million coins.

Avalanche is a fast and low-cost smart contracts-based blockchain platform focused on building decentralized apps and facilitating the creation of custom blockchains. Its users can process transactions in the native AVAX token.

Launched in May 2020, Polkadot is a digital currency that connects the technology of blockchain from many different cryptocurrencies. A co-founder of Ethereum is one of Polkadot’s inventors, and some industry watchers believe Polkadot is looking to dethrone Ethereum.

Binance USD is a dollar-backed stablecoin from top crypto exchange Binance in partnership with Paxos. Binance USD was launched in 2019 and is regulated by the New York Department of Financial Services. BUSD runs on top of the Ethereum blockchain.

The cryptocurrency market is a Wild West (although it appears as if the U.S. government is set to take a more active role in overseeing the crypto space), so those speculating in these digital assets should not put in more money than they can afford to lose. Volatility can be intense, with crypto assets fluctuating significantly even in a single day. And individual investors can be trading against highly sophisticated players, making it a fraught experience for novices.