Next Due Dates And Expectations For The Ripple v. SEC’s Lawsuit

Next Due Dates and Expectations for the Ripple v. SEC’s Lawsuit. 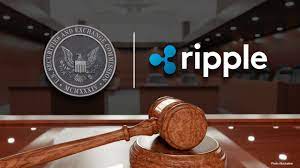 There have been several developments in the Securities and Exchange Commission’s lawsuit against fintech company Ripple in the past few days.

Some of the developments include Judge Analisa Torres’ denial of the requests of individual defendants Brad Garlinghouse and Charles Larsen’s application to have the charges against them dropped.

Similarly, the SEC’s motion to stop Ripple from using the Fair Notice Defense was also denied by Judge Torres.

Furthermore, the SEC filed a motion claiming that its internal documents, mainly referred to as DPP documents, including Estabrook’s note, 2018 Hinman’s speech, etc. are irrelevant to the case after the court denied the individual defendants’ application to dismiss the charges against them.

Based on recent developments, attorney James K. Filan, a Connecticut-based attorney who focuses on securities litigation, has given insights on upcoming due dates and what Ripple enthusiasts should expect.

On the DPP issue, Filan noted that should the SEC’s motion be dismissed by Judge Sarah Netburn, the securities agency could be forced to file an objection with Judge Torres within the next 14 days after the objection.

Ripple will also have another 14 days to respond to the SEC’s objection, which will commence immediately after the deadline of the timeframe given to the SEC before judge Torres will commence analysis on the matter.

The SEC, which requested a two-day extension to respond to Ripple’s request to strike the supplemental expert rebuttal report, is filing its reply to the blockchain company tomorrow.

On denying SEC’s request to stop the Fair Notice Defense, the agency is mandated to respond to Ripple’s 776 requests for admission relating to the company’s lack of due process and fair notice.

A period of 30 days was given to the SEC to respond to this request, which implies that the securities agency has until April 11, 2022, to come up with a perfect reply.

Notably, the duo must respond to the First Amended Complaint on the denial of Garlinghouse and Larsen’s appeals to have the charges against them dropped. The entire process will last for 120 days, which takes the lawsuit to July 8, 2022.

While there is still no definite date for the lawsuit to end, Ripple noted in a recent document that the case could end on November 18, 2022.