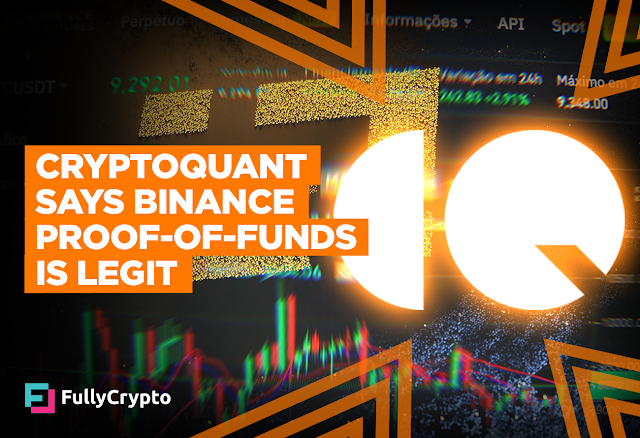 Recently, the outcomes of Binance’s proof-of-reserves audit were made public, and blockchain analytics firm CryptoQuant used those results to publish a report.

Since FTX’s demise a month ago, centralized exchanges have been under intense scrutiny. Binance receiving particular attention for its efforts to convince clients and investors that the exchange is financially stable.

In a report published on December 14th. CryptoQuant claims that their investigation verifies that all of Binance’s reserves can be accounted for. Even though Binance published a proof-of-reserves report earlier this month. It was criticized for being an “agreed-upon procedure” rather than a thorough audit.

According to the former head of the Securities and Exchange Commission’s Office of Internet Enforcement John Reed Stark. The report also failed to assess the efficiency of internal financial controls. However, auditing company Mazars’ results have been supported by CryptoQuant, which claims that Binance’s declared liabilities are extremely close to 99% of Mazars’ estimate.

On-chain data, according to the analytics company, also indicates that Binance’s Ether and stablecoin reserves are “not showing FTX-like behavior at this point.”

It was also said that “Binance has an adequate ‘Clean Reserve,'” meaning that the value of its native coin, BNB, is still a small fraction of the exchange’s overall assets. Nearly 10% of Binance’s reserves are reportedly held in its coin, as reported by analytics firm Nansen. Moreover, according to Nansen, of Binance’s stated $60.4 billion in assets, $6.2 billion was BNB.

After massive withdrawals this week, the next day, though, things had calmed down, and CEO Changpeng Zhao said that the day’s withdrawals weren’t even among the top five highest in the exchange’s history.

Disclaimer: The opinion expressed here is not investment advice – it is provided for informational purposes only. It does not necessarily reflect the opinion of TheCryptoArea. Every investment and all trading involves risk, so you should always perform your own research prior to making decisions. We do not recommend investing money you cannot afford to lose.
Advertisment
Tags
bitcoin crypto exchanges mediaroom
Related Article