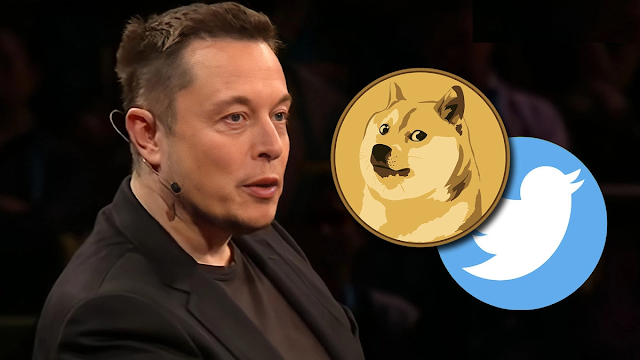 The newest Twitter Poll by Elon Musk asked whether he should resign as Twitter’s CEO, and the result sent Dogecoin’s price down more than 10% today and almost 16% in the last 7 days, to its current trading level of $0.07. Recent events have been devastating for the cryptocurrency market and the technology sector at large, including the demise of FTX.

As of today, major indices including Bitcoin, Ethereum, the S&P 500, the NASDAQ, and the Dow Jones Industrial Average were all down 1-2 percent. Four days in a row, all three main indices have dropped, reaching new six-week lows.

Moreover, the billionaire purchased Twitter in October, driving up the value of the original meme currency. Dogecoin was priced at $0.07 on October 27th, the day Musk completed his acquisition of Twitter. According to CoinGecko, on November 1 Dogecoin was trading at $0.14, and its value has been fluctuating downward and upward ever since.

Dogecoin’s yearly high is still much behind its all-time high of $0.73 in the days before Musk appeared on Saturday Night Live in May 2021. By June 2022, however, the coin’s value had dropped by more than 90%.

Many people assumed that Dogecoin, Musk’s preferred cryptocurrency, would be used in the payment system that was rumored to be built into Twitter in June 2022 after correspondence suggesting that Musk had such plans was released. Some say that after buying Twitter, Musk shelved such ideas. Tesla owns $218 million in Bitcoin but hasn’t invested in Dogecoin despite Musk’s enthusiasm.

Disclaimer: The opinion expressed here is not investment advice – it is provided for informational purposes only. It does not necessarily reflect the opinion of TheCryptoArea. Every investment and all trading involves risk, so you should always perform your own research prior to making decisions. We do not recommend investing money you cannot afford to lose.
Tags
crypto exchanges investing mediaroom news
Related Article