“The best gift of all”: giving Unicoins to your loved ones

Chaudhry December 20, 2022
Currently, 100 unicoins have a price of approximately 40 dollars, but the value is
expected to   increase in the coming years. PHOTO: Courtesy 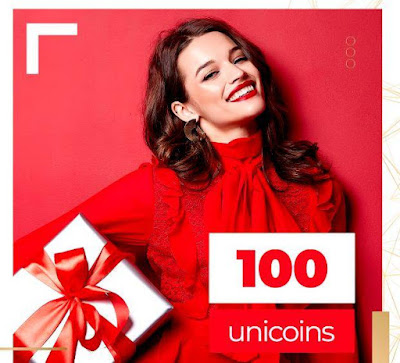 Until December 31, everyone will be able to access gift cards worth 100 unicoins. There are no limits or special requirements.

With these words, Unicoin announced weeks ago the launch of its The Best Gift of All campaign . Through it, people can send a " gift card " worth 100 unicoins to their friends and family. Currently, 100 unicoins have an approximate price of 40 dollars but this figure is projected to reach $4,000 thousand dollars in 2027. The company specified that the card does not have any cost for whoever sends it and that there are no quantity limitations: it is They can gift unicoins to as many people as they want without any special conditions or requirements.

In a context in which interest in new forms of digital money is growing, "The best gift of all" seeks to consolidate a "cryptocommunity" linked to its visibility and support characteristics, which differentiate Unicoin from the so-called first-generation cryptocurrencies . Precisely the objective of the campaign is to spread the benefits of the cryptocurrency before its launch on the exchange platforms, scheduled for 2023.

The characteristics of Unicoin, as well as its forecasts and its differences with Bitcoin, among other topics, are explained in detail by experts in the special episode of Unicorn Hunters dedicated to cryptocurrency . In it, Moe Vela, one of the judges of the show, exemplifies: “We have taken what works best in crypto, fundamentally blockchain technology, and what works best in traditional investment platforms. That is, we unite the concepts of crypto and investment fund”.

Unicoin has gained worldwide recognition from its introduction as the official currency of Unicorn Hunters. Premiering in May 2021, this series has been considered by Forbes magazine as "the most emblematic business series of recent times". Positioned within the disruptive genre of enrichtainment , the program stands out for connecting innovative companies with high growth potential in sectors such as biotechnology, renewable energy, fitness and telemedicine, among others.

Disclaimer: The opinion expressed here is not investment advice – it is provided for informational purposes only. It does not necessarily reflect the opinion of TheCryptoArea. Every investment and all trading involves risk, so you should always perform your own research prior to making decisions. We do not recommend investing money you cannot afford to lose.
Advertisment
Tags
airdrop crypto exchanges investing mediaroom news
Related Article