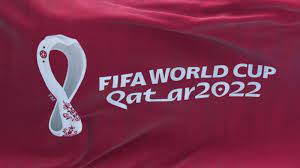 Powered by its unique hashgraph technology—claimed as blockchain 2.0—the Hedera network has now released a FIFA World Cup Qatar 2022 metaverse game. Just in time for the growing excitement over the tournament.

Reality+ and OTZ Sports have collaborated to release the Web3 game “Own The Zone.” In which players may earn both virtual and physical items. Two of the eight on-field zones appear on the first match card at no cost to the participant.

Banking on the Large Fan Communities

Actual player activity inside player zones, recorded using official FIFA live match data. Will give points after the original game has ended. Owning more zones in the FIFA Match Day Sweepstakes increases the chances of winning £5,000 per match day. And a pair of tickets to The Best FIFA Football Awards.

Own The Zone digital collectibles, which are handed out as prizes to all players and may be distinguished by a variety of graphic combinations to create a one-of-a-kind digital collectable in the football metaverse, also have their rarity affected by Match Card outcomes.

The vice president of The HBAR Foundation, a group formed to promote Hedera network user adoption, Alex Russman commented on the release.

“Own The Zone is not only launching with the world’s most loved global sports event, FIFA World Cup Qatar 2022, but also showcasing best-in-class technology and gameplay to the world’s largest fan communities.”

The licensed FIFA World Cup 2022 metaverse game is powered by Hedera. It is a carbon-negative network, and the Hedera Token Service (HTS). Sports enthusiasts may easily join the Web3 ecosystem since creating wallets and minting coins is included in the games and signup procedures.

Disclaimer: The opinion expressed here is not investment advice – it is provided for informational purposes only. It does not necessarily reflect the opinion of TheCryptoArea. Every investment and all trading involves risk, so you should always perform your own research prior to making decisions. We do not recommend investing money you cannot afford to lose.
Advertisment
Tags
business crypto mediaroom metaverse news
Related Article