‘If it sounds too good to be true, it probably is’: FTX founder arrested, denied bail 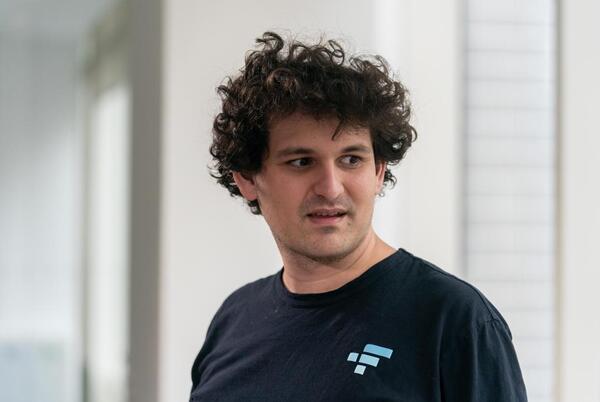 One of the biggest names in cryptocurrency has been placed under arrest.

Sam Bankman-Fried, the founder of FTX, is facing wire fraud and money laundering charges after his high-profile company lost billions of investor dollars.

His arrest in the Bahamas comes on the heels of FTX filing for bankruptcy, and FTX Arena getting a shout out in one of the complaints filed against the cryptocurrency exchange founder. He is set to be extradited to the United States.

Bankman-Fried’s application for bail was denied. Two civil complaints have also been filed.

It all paints the picture of a man razzling and dazzling investors, while behind-the-scenes, a slight of hand was going on.

“The money that was invested was diverted to their other companies he owned and operated,” said Weinstein. “Diverted to him and his companies for personal gain.”

While he spent lavishly on office space and condominiums in the Bahamas and sank billions of dollars of customer funds into speculative venture investments, a U.S. Securities and Exchange Commission complaint states, “Bankman-Fried’s house of cards began to crumble.”

With a county-owned arena located in the Magic City playing a starring role in Bankman-Fried’s PR machine, “FTX had prominent paid sponsorships, including the naming rights to a professional sports arena in Miami,” states a Commodity Futures Trading Commission complaint.

“The news about FTX and Sam Bankman-Fried are very disappointing,” said Miami-Dade County Mayor Daniella Levine Cava. “As soon as we learned of FTX troubles we moved swiftly to notify the court that we wanted to move forward with a new naming rights partner.”

“There is an old saying, if it sounds too good to be true it probably is, and in this case, that is exactly what happened,” said Weinstein.

Local 10 News reached out to the Miami Heat, and the team said it had no comment at this time.

“The commodity or security that was being traded was crypto currently but in reality this is no different than any wire fraud or securities or commodities fraud indictment or complaint that has been filed over the course of time, it is just a different vehicle,” said Weinstein.

According to Miami-Dade County, the downtown arena where Miami Heat play will continue to be named FTX Arena, “Until the Bankruptcy Court allows us to terminate the agreement with FTX, the arena will still be called FTX.”

The arena is county-owned but leased and managed by the Miami Heat, the county confirmed to Local 10 News.

Regarding any county taxpayer money potentially lost in naming rights deal being severed after FTX bankruptcy, the county said, “We do not anticipate any impact for our taxpayers since the agreement was for FTX to pay for the naming rights. Under the terms of the agreement, FTX already paid nearly $20 million for the first two years of the deal. We will be working swiftly to identify a new naming rights partner once the County is authorized by the court to proceed.”

As for the process and possible timeline of finding a new company to buy naming rights, the county said, “As soon as the court gives us permission to proceed, we will be able to find a new namins rights partner for the arena and we will be working closely with the Hat to bring on a new partner as quickly as possible.”

Disclaimer: The opinion expressed here is not investment advice – it is provided for informational purposes only. It does not necessarily reflect the opinion of TheCryptoArea. Every investment and all trading involves risk, so you should always perform your own research prior to making decisions. We do not recommend investing money you cannot afford to lose.
Advertisment
Tags
business crypto investing mediaroom news
Related Article