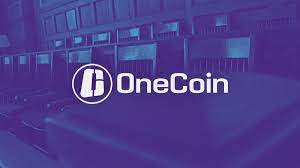 On Friday, the US Department of Justice (DOJ) stated that Karl Sebastian Greenwood, an associate of “Cryptoqueen” Ruja Ignatova and the co-founder of OneCoin, had pled guilty to federal counts of wire fraud and money laundering in connection with the OneCoin scandal.

“As a founder and leader of OneCoin, Karl Sebastian Greenwood operated one of the largest international fraud schemes ever perpetrated. Greenwood and his co-conspirators, including fugitive Ruja Ignatova, conned unsuspecting victims out of billions of dollars, claiming that OneCoin would be the ‘Bitcoin killer.’ In fact, OneCoins were entirely worthless.”

OneCoin was first released in 2014 by Ruja Ignatova and Greenwood as a cryptocurrency that could be mined and sold over a worldwide multi-level marketing network. When members brought in new customers for “cryptocurrency” packages, they were rewarded monetarily. When it launched, OneCoin didn’t have a blockchain, making it unable to mine like Bitcoin, Ethereum, and Dogecoin.

After being apprehended in Thailand in July of 2018, Greenwood was eventually extradited to the United States in October of the same year. In 2017, Ignatova was last spotted boarding an airplane bound for Athens. There have been no sightings of Ignatova since October 2017, therefore the FBI put her on their Ten Most Wanted List in June of 2022.

The agency claims that Greenwood was the “global master distributor” and head of the MLM network that promoted and sold the fake cryptocurrency. As reported by the Department of Justice, victims lost a total of over $4 billion due to their participation in the fraud.

Disclaimer: The opinion expressed here is not investment advice – it is provided for informational purposes only. It does not necessarily reflect the opinion of TheCryptoArea. Every investment and all trading involves risk, so you should always perform your own research prior to making decisions. We do not recommend investing money you cannot afford to lose.
Advertisment
Tags
crypto exchanges investing mediaroom news
Related Article