The Polkastarter GAM3 Awards, known as the Grammys for web3 gaming, have announced its winners. The first-ever industry awards were concluded on December 15 with the live announcement of the 16 winners. 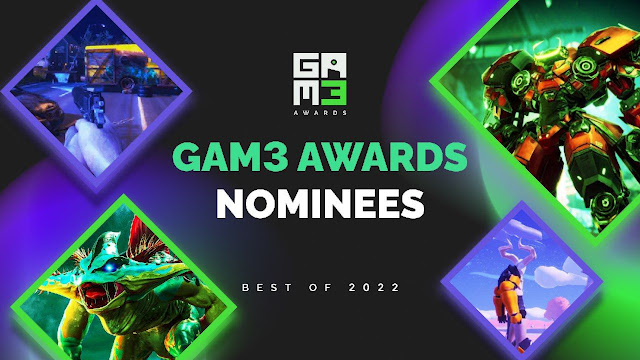 The GAM3 Awards Game of the Year, which honors the greatest web3 game that crosses the lines between conventional and blockchain gaming, attracted the most interest. As for the Best Content Creator award, up until the last day of voting to decide who the best content creator was, 23 different web3 gaming content creators were nominated.

The members of the jury for the awards included Yoshihisa Hashimoto, Co-Founder of Lv.99, and Justin Kan, Founder of Fractal, as well as Urvit Goel, Head of Global Games at Polygon Studios, Itai Elizur, Managing Partner at Market Across, Rachel Levin, Director of Venture & Strategy at ImmutableX, and Matt Sorg, Head of Technology at Solana Foundation.

The inaugural GAM3 Awards announcement took place on October 23. Since then, a huge number of web3 games have appealed to their audiences to nominate and vote for them in various categories. With an estimated reach of over 11 million, thousands of social postings were made by partners, games, media outlets, content providers, and community members.

More than 250,000 votes from the public were cast in favor of the final choices across all 16 categories. The #GAM3Awards hashtag was used in more than 13,000 tweets and by more than 40,000 different votes.

The following factors were taken into consideration while ranking the games: core loop, graphics, accessibility, replayability, enjoyable aspects, and overall playing experience. Though the emphasis was on playability, games had to incorporate and make use of blockchain technology to be qualified.

A worldwide panel of gaming, media and web3 outlets selected for their objectivity and quality emphasis picked the nominees for the categories. Each voting outlet filled out a confidential, unranked ballot with its top five choices in each category, based on the opinions of its diverse editorial staff as a whole.

Exclusive video from highly anticipated web3 games including Blocklords, Mythic Protocol, Cards of Eternity, Mummy.io, and Elarium was also shown at the GAM3 Awards. Additionally, a number of other web3 games used the occasion to reveal new gameplay trailers and impending announcements.

Disclaimer: The opinion expressed here is not investment advice – it is provided for informational purposes only. It does not necessarily reflect the opinion of TheCryptoArea. Every investment and all trading involves risk, so you should always perform your own research prior to making decisions. We do not recommend investing money you cannot afford to lose.
Advertisment
Tags
bitcoin blockchain crypto
Related Article