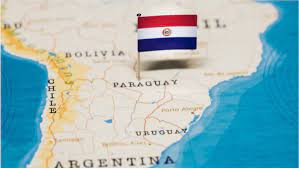 After failing to get enough traction in the Deputy Chamber, the Paraguayan cryptocurrency bill that had been submitted to Congress in 2021 was eventually placed on hold. After President Mario Abdo blocked the proposal in September, proponents couldn’t muster the support they needed to overturn the veto.

Paraguay’s senate has already voted to override the president’s veto in order to adopt the bill without his approval. The Commission for Industry, Commerce, Tourism, and Cooperatives backed the veto, but the Commission for Economic and Financial Affairs and the Commission for the Fight against Drug Trafficking, Related, and Serious Illicit Activities also voted against it.

A number of MPs questioned the veto, arguing that the cryptocurrency problem needs further research and regulation. According to delegate Sebastian Garcia, this decision would leave the cryptocurrency topic in “absolute informality.”

In particular, the bill’s provisions regarding the electricity supplied to cryptocurrency miners are being used by President Mario Abdo and his deputies as an argument for outright rejection. Abdo said that cryptocurrency mining required “high consumption of electrical energy, but little use of labor.”

Additionally, the regulation imposed constraints on the rates that cryptocurrency miners must pay for the electricity used in their facilities. The National Power Administration (ANDE), which uncovered many cryptocurrency farms unlawfully linked to the power network, also backed the veto resolution since this would conflict with their way of setting power pricing.

ANDE is in a precarious financial position, thus Deputy Arnaldo Samaniego warned that rejecting the veto motion might result in losses of up to $30 million. Deputy Jose Rodriguez agreed with this assessment, saying the group could not survive financial losses caused by this legislation.

Disclaimer: The opinion expressed here is not investment advice – it is provided for informational purposes only. It does not necessarily reflect the opinion of TheCryptoArea. Every investment and all trading involves risk, so you should always perform your own research prior to making decisions. We do not recommend investing money you cannot afford to lose.
Advertisment
Tags
crypto exchanges mediaroom news
Related Article