In a recent tweet, “Shib Trophias,” a member of Shiba Inu’s Defense team and a top developer has finally revealed the necessary steps towards the launch of Shibarium. Trophias noted that the first step toward Shibarium’s Beta launch is to update the official Shiba Inu website. 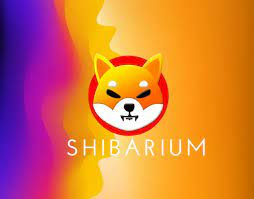 “First thing is to update our main website. It was much needed, and this is our first step as we march towards Shibarium’s Beta launch,” Trophias said.

According to Trophias, Shiba Inu’s dev team will launch the updated website in phases.

“The entire website will not launch all at once. Phased rollouts will happen, and we’ll try to make it as smooth as possible,” the official Shiba Inu team member added.

His recent comments about Shibarium come hours after the official Shiba Inu’s Twitter handle disclosed that the countdown to a new website had commenced.

Members of the Shiba Inu community have continued to react positively to Trophias’ update regarding the launch of Shibarium. Some SHIB enthusiasts described the new Shibarium update as an early Christmas gift.

Furthermore, others expressed gratitude to the top Shiba Inu dev for keeping the community updated about Shibarium’s launch.

Meanwhile, a SHIB enthusiast reached out to Trophias to find out the official date of the Shibarium Beta launch. Responding to the question, Trophias did not give a specific date. The top Shiba Inu dev only revealed that the Shibarium Beta would soon launch.

It bears mentioning that the community is anticipating the launch of Shibarium, an Ethereum layer-2 scaling platform. According to MILKSHAKE, an official growth team member, Shibarium will match Polygon in terms of scalability, speed, and security. MILKSHAKE previously also revealed that the upcoming L2 network would become a hub for decentralized applications (dApps), adding that all Shiba Inu’s products, including ShibaSwap, SHIB, Shiboshi, etc., will migrate to the network once it goes live.

With all these numerous features of Shibarium highlighted, the community has been anticipating the network’s official launch date. However, the team has refused to reveal the exact date Shibarium will roll out. Instead of giving a specific date, the team has continued to share mysterious tweets hinting at Shibarium’s launch.

Earlier this month, Trophias noted on Twitter that the dev team had made significant progress toward the launch of an unnamed project. Trophias said the team has wrapped up the V1 design and has been “finalizing the content.” The top Shiba Inu developer added that the unnamed project would launch in phases. While SHIB enthusiasts believe the update is for Shibarium, Trophias said the update could be for the entire ecosystem, not just the upcoming L2 network.

Disclaimer: The opinion expressed here is not investment advice – it is provided for informational purposes only. It does not necessarily reflect the opinion of TheCryptoArea. Every investment and all trading involves risk, so you should always perform your own research prior to making decisions. We do not recommend investing money you cannot afford to lose.
Advertisment
Tags
airdrop crypto exchanges investing news shibinu
Related Article